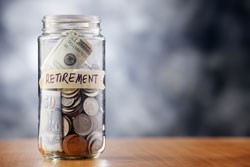 Some retirees and future retirees are currently earning $68,870 a year or more with what's being called "26(f) programs."

A "26(f) program" gives retired investors the opportunity to own shares of the most stable and safest companies on the stock market. The "program" also lets you get in on private companies before their big initial public offerings (IPOs).

What's even better is that you don't have to wait decades to receive your money like a traditional 401(k). What some are calling 26(f) programs let you collect $2,000 to $5,000 each month in addition to six-figure lump-sum payouts.

In other words, they're an incredible way to turn your financial dreams into reality.

But the U.S. government wants to make them more complicated. In fact, the Department of Labor (DOL) is trying to pass a controversial measure that will charge people enrolled in 26(f) programs huge fees when you receive money.

That's why Money Morning Chief Investment Strategist Keith Fitz-Gerald advises you to act now before the government gets its hands on your $68,870 in yearly profit.

The worst part is that the DOL plans to execute this measure less than three months from now...

Protect Your Money from 26(f) Programs Before This Important Date

On April 10, 2017, the DOL will introduce a measure that will cause what Fitz-Gerald - a market analyst with three decades of experience - refers to as a "retirement blackout."

This makes sense since most retirees only hire retirement managers that they trust. Having trustworthy people handling your money means you don't need to consult them as much, which means you can pay them less.

But the government's new measure on April 10 will force brokers to work in the best interest of retirees. While that may sound like a benefit, this will most likely lead brokers to charge you more for the limited financial service you're receiving. These charges could be issued as what's known as "wrap fees," which force clients to give a percentage of their 26(f) program payments to their brokers.

Brokers may also enact a "uniform pricing" policy for certain types of investments. For example, the cost of investments like real estate investment trusts (REITs) could be raised by the broker.

But there's no need to panic. We still have time to "enroll" in 26(f) programs before the April 10 deadline.

He recently developed a strategy to help you before the April 10 "retirement blackout."

In his presentation, you'll learn how 26(f) programs protect your retirement - and how you can use them to build immense wealth.

Here's the key to changing your financial future, right here...