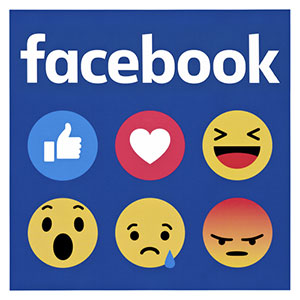 Facebook Inc. (Nasdaq: FB) is expected to report Q1 2017 earnings on April 26, 2017, and shareholders are hoping to finally receive an update on the Facebook stock split date.

Ever since the June 20, 2016, vote to approve the 3-for-1 FB stock split passed, CEO Mark Zuckerberg has not provided updates about the process. FB shareholders still have no idea when to expect the Facebook stock split date.

So as of right now, it doesn't appear the Facebook stock split will happen in 2017.

And there's one major reason why it could be delayed until 2018...

Why the Facebook Stock Split Date Is Taking So Long

The Facebook stock split date will be a major event, but it's received very little coverage from the mainstream media.

We've been updating Money Morning followers regularly on Facebook stock split news because we know FB shareholders have a lot of questions.

And we've decided to compile the most common questions into a handy FB stock split guide.

You can find the guide, right here.

The split was designed to give the co-founders the majority voting rights.

According to a letter sent to shareholders, the duo wanted to prevent activist investors from influencing the company. That's because activists are known for wanting to quickly turn a profit and encourage CEOs to cut funding to research and development projects that are currently unprofitable.

However, some shareholders weren't happy...

After the letter, shareholders came together and sued Google in April 2012. The lawsuit was eventually settled, but that wasn't until 14 months later in June 2013.

That delayed the Google stock split until April 3, 2014, which means it took almost exactly two years for the split to happen from when it was proposed.

And just like Google, Facebook was sued on April 30, 2016, by a shareholder over the proposed stock split. The lawsuit alleges Facebook shareholders won't benefit from the split in any way. If it takes as much time as Google's lawsuit to settle, the FB stock split may not happen until 2018.

But the lawsuit isn't what Money Morning readers should focus on.

We're focusing on the profit opportunity from Facebook and not the inevitable 3-for-1 stock split.

What will be the record date ?When split was announced/approved or when it happens?

Hello, I'm interested in FB split info. I have 100 CLA shares. I understand the 3 For 1 split. But confused about special dividend. Seems to me I will end up with total 300 sh 100 being CLA and 200 CLA C sh. I don't see that being a free dividend. Have held shares for 3 yrs. What's the deal ? Thanks Al