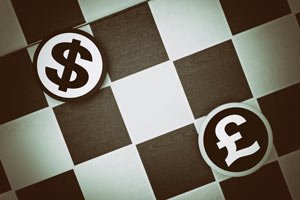 Now the British government and the bloc have two years to work out the specifics of the divorce.

One worrisome factor expressed by various media reports on the 24 months ahead:

No one knows exactly what's going to happen.

You see, Britain is the first country ever to trigger Article 50 and exit the bloc.

And there's no telling how difficult the Brexit negotiation process will be in the months ahead. Some predictions about it have surfaced, however...

For example, ABC News predicted on Wednesday that the separation will likely be protracted and arduous given the fact that it took Britain more than a decade of trying to get into the bloc some 46 years ago.

And Reuters reported that same day news of German Chancellor Angela Merkel's refusal to even consider discussing trade or migration agreements with May until Brexit's terms are finalized.

A large part of the uncertainty surrounding future Brexit negotiations concerns its impact on global markets...

You see, world economies will undoubtedly be exposed to the ebb and flow of the proceedings.

After the UK's referendum vote on June 23, 2016, for example, U.S. stock market indices fell a combined 3.6%, according to The New York Times that day. The Dow was hit the hardest by the "Leave" vote outcome - sinking 611 points, its biggest drop since August 2015 (which followed another global economic incident: China's stock market crash).

This kind of volatility could easily resurface in the wake of Brexit now. After all, markets prefer predictability, not uncertainty and exposure to "the unknown." Here's a look at how U.S. markets and the economy are going to be shaken in particular by Brexit over the next two years...

The U.S. Manufacturing Sector Is Especially Vulnerable to Brexit

The United States and the UK have long enjoyed a valuable trade relationship.

As a member of the EU, Britain served as the trade portal connecting America to the bloc's vast singular market. The EU, after all, consisted of 28 countries (pre-Brexit) in which some 600 million consumers lived.

And in the decades since the UK's induction to the bloc (in 1961), U.S. corporations have set up factories, marketing teams, and trading floors of their own there. A full 44% of all UK exports in 2015 went to countries in the EU, reported the BBC in May 2016 - which included goods made by American corporations shipped to or active within the UK.

That same year, the United States was the largest exporter into the bloc, accounting for some 1.5 billion euros worth of trade and goods, according to a Eurostat report released on March 29, 2017.

But now with Brexit underway, that U.S.-Britain-EU trade portal will close. At least until the separate trade agreements and divorce proceedings between Great Britain and each of the EU's various member states are finalized.

And this supply cutoff has now left those U.S. companies with footholds in London scrambling to develop new trade routes and to cut exposure...

Take Walgreens Boots Alliance Inc. (Nasdaq: WBA), for example (which is Walgreens' holding company) - a corporation with its home base in Deerfield, Ill.

In an October 2016 regulatory filing, the holding company warned that "Brexit could adversely affect the [company's] tax, currency, legal, and regulatory structures under which its businesses [in the UK] operate" as well as "disrupt the free movement of goods, services, and people," reported the Chicago Tribune on Thursday.

Nearly 20% of Walgreen's stores are in the United Kingdom, and about 12% of its total sales revenue last year came from the UK, the Tribune added.

After PM May triggered Article 50 on Wednesday, the Walgreens CEOs in Illinois wouldn't confirm or deny what kinds of cuts to the company are currently being made -- only that they were being made...

Another factor about Brexit that could shake U.S. markets: a greater anti-globalist movement. In 2016, the world witnessed a sort of mass aversion to multicultural trade in the public with the emergence of populist political candidates in Europe. And one such candidate leading the polls in Paris wants her country to be the next to say "au revoir" to the EU...