It was a spring day back in 1992. My buddy Tim had clambered to the top of an under-construction townhouse - sent by his boss to start sheeting the roof trusses on the four-story structure.

Tim (a pseudonym, since this is a true story) - a fellow muscle-car nut and a guy my best friend, Harry, and I had known since high school - was working as a carpenter. Indeed, he was one of the best you'd find.

Tim's life was about to change - forever.

Before Tim climbed up into the rafters, his boss - the site foreman - had said that all the trusses had been nailed down a day or two before. Once up on top, trying to reposition himself, my buddy temporarily straddled two of the squat lumber triangles.

Tim grabbed at the closest truss - but lost his handhold when it rolled under his weight.

What actually happened was that he plunged through the rectangular floor openings at each story - openings that would hold the staircases needed to climb from the ground-floor doorway all the way to the top.

My friend remembers getting both his arms, at chest level, onto the edge of one of those openings on the third or second floor - a move that slowed his fall and probably saved his life.

But I also want to show you how to find still more stocks like this one - companies that are establishing whole new paradigms in biotechnology, life sciences, and pharmaceuticals. It's a brand-new business - one that I'm jazzed to tell you all about.

In a study a year or so ago, the National Institutes of Health (NIH) found that about 11% of Americans - roughly 50 million people - suffered from debilitating pain.

The pain comes from many sources - accidents, injuries, botched surgeries, limitations in today's medical technologies, diabetes, cancer, arthritis, the effects of aging... the list of causes is long and varied. 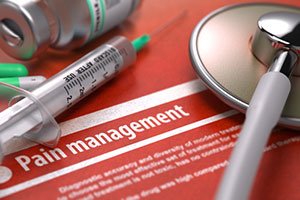 My buddy Tim is a prime example. His four-story fall destroyed his lower back, fracturing vertebrae, bursting discs, and crimping nerves. Round after round of surgery followed - including a procedure in which the doctors tried to build a stabilizing "cage" around his spine - but none of them worked.

Tim's legs went numb, and his pain took on a life of its own - becoming a separate affliction that required its own treatment regimen. In recent years, some of the newer medications have made it possible for my friend to enjoy a more normal life. He's restoring cars again, and I see him out and about more than in years past.

I learned how to find and evaluate small, off-the-radar biotech stocks - with lots of upside potential.

Insys, based in Phoenix, is a "commercial stage" specialty pharmaceutical company - with a big focus on pain treatment.

As most of you folks know, I covered the biotech sector for a number of years back during my days as a hard-driving business journalist. So I learned how to find and evaluate small, off-the-radar biotech stocks - with lots of upside potential.

Zynerba also has synthetic the and will shortly launching a phase one study on fibromyalgia and Neuropathic pain.

Thank-you.i as well believe in the possibilities of mj .my friends wife has cystic fibrosis and has had pain for years.3 weeks ago she started taking Hemp oil and is almost pain free!!