However, we have a few details about Lake's company to help you prepare before the Stitch Fix IPO… 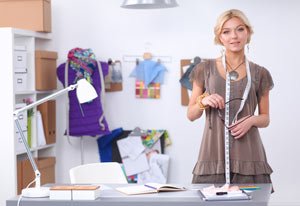 Before the Stitch Fix Stock Symbol Is Revealed, CEO Eyes $1 Billion in Revenue

Before the $730 million revenue figure was revealed in July, Lake said at a March 20 conference that her company hadn't "hit $1 billion" in revenue, but she was excited about Stitch Fix's growth.

Lake did not say if her company was waiting to reach $1 billion in sales before going public. Though waiting to cross the $1 billion mark could psychologically help retail investors feel more comfortable about buying Stitch stock.

But if Stitch Fix's revenue keeps growing at its current pace – like the 192% growth it experienced between 2015 to 2016 – the revenue for this fiscal year could climb to over $2 billion.

It's very impressive that Lake went from shipping clothes out of her apartment in 2011 to running a company with nearly $1 billion in sales in 2016.

Before the Stitch Fix IPO date is determined, we want Money Morning readers to be prepared and to not get caught up in hype. In our official Stitch Fix Stock & IPO Guide, we provide our readers with the most important details about the company, including:

Most importantly, we will also answer the question of whether Stitch Fix stock is a good investment. You can access this free and exclusive guide, right here.

A Better Path to Profits: Uber isn't publicly traded yet. But you can get stock picks and research that could put an extra $125,000 in your pocket delivered straight to your inbox for just pennies a day. Learn more…