Access Your Profit Alerts
Sign Up for Money Morning and get your free report:
"The Best Stocks to Buy Now"
How to Buy Bitcoin
Twitter
Stocks: NFLX

Cable TV as we know it is doomed. It's no secret that people are cutting the cord and shifting a good deal of their entertainment to mobile devices. 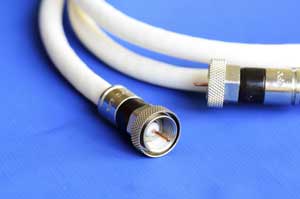 Rather than tether to an expensive cable network, where there is usually only one choice of provider with a limited selection of content, people can buy what they want and, more importantly, get it when they want it.

Following that trend, Money Morning Director of Technology & Venture Capital Research Michael A. Robinson gave readers a top stock to buy in March 2014 that has since soared 208%.

If you've missed those gains, don't worry. Robinson expects the stock to continue its ascent.

Robinson says we're at a tipping point in which the death of cable TV is upon us. People are simply tired of paying for what seems like hundreds of channels and never watching most of them.

And streaming live television - sports and news - is the reason. People are switching to streaming services in droves.

A new report by eMarketer says that by the end of this year upwards of 22.2 million American adults will cut the cord on cable, satellite, and pay TV. That's a 33% increase from the 16.7 million cord cutters in 2016.

The long term for streaming looks even brighter.

By 2021, eMarketer says the number of cord-cutters will nearly equal those who have never had pay TV: an astounding 81 million adults in this country alone. By then, roughly 30% of American adults will be streaming their content, including live TV.

This is bad news for cable companies.

And it gets worse when we look at content.

This year's Emmy Awards shows just how important online streaming has become. Consider that one streaming leader in particular had some 91 shows and movies it produced up for awards.

While all this cord-cutting is terrible for cable-TV providers, it has provided us an excellent stock to buy now. Here's Robinson's pick, which has already tripled our money, and will climb even higher...