Editor's Note: A new month, a new parade of uninformed TV "experts" claiming they know where oil will go next. They don't have a clue. So Kent's going to share his normally private Energy Advantage monthly forecast with all our Members, because it shows where oil really will go, of course, but also how you can accurately predict it yourself. Here's Kent...

Back in July, I released my oil price forecast for the third quarter of this year, predicting where prices would be at the end of September.

Meanwhile, the more international Brent oil price was already higher than the prices I'd predicted more than two months ago.

But oil prices aren't about to stop here.

The thing is, you won't get an accurate forecast on financial cable news shows - they don't understand, let alone talk about, how the "spread" I'm going to show you works.

On the other hand, once you know how the spread works, you'll be able to tell for yourself where oil's going to go; no need to suffer any more cable talking heads.

And, even better, you'll be able to get yourself in a position to make oil profits long before the "other guy" realizes what's going on...

How to Be Your Own Oil Price Forecaster

WTI (or West Texas Intermediate) is the benchmark rate for futures contracts written in New York, while Brent serves the same purpose in London. These are the dominant standards against which actual consignments of oil are priced worldwide.

However, since both are sweeter (containing less sulfur) than over 70% of the trades made each day, most global transactions are settled at some discount to one or the other.

Of the two benchmarks, WTI is a slightly better grade and has a higher trading volume, leading to more liquidity.

However, Brent is used more often as the base of international contracts.

Click here to learn how to get all of Kent's Energy Advantage updates, with energy stock picks and the latest on the revolutionary new "OBL" fuel

Of even greater interest are WTI prices as portrayed by the "NYMEX Strip." That is to say, the average of the daily settlement prices for the coming 12 months' futures contracts on the New York Mercantile Exchange (NYMEX).

This is regarded by insiders as the most accurate price for crude oil futures contracts struck in New York. You can find it easily online, although the TV pundits would certainly prefer you didn't... 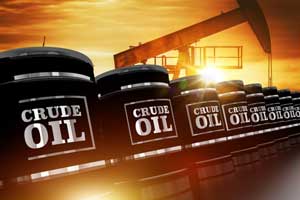 While the "near-month" price (i.e., the price for the next month) is given when the WTI price appears as a bug in the corner of your TV screen, futures contracts are traded for months further out, stretching several years.

However, merely referring to the price 30 days from now is not usually the most accurate way to determine where oil is heading.

That's where "the strip" becomes valuable...

no, to much supply, to many producers going broke and are flooding market to stay afloat, I see oil at 52.00 to 56.00 range for 2017, early 2018 range, my family have been in the oil business since 1937, seen all the ups and downs, seen all the fly by night;s enter the market, go broke and destroy the price of oil, I would think this last two years will stop some of the want to be oil men and leave the oil production to men who know oil. we need a stable oil price of high fifties to weed out all the want to be producers and then, keep production down to meet demand, the market demand will set a fair and stable oil price we all can live with