Elon Musk is infamous for proposing huge projects on Twitter, like an underground high-speed tunnel system and the human colonization of Mars. 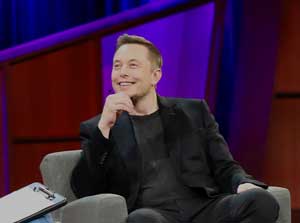 Now, in the aftermath of Hurricane Maria, Musk has set his sights on a new challenge: Puerto Rico's crumbling power grid.

In theory, Tesla Inc.'s (Nasdaq: TSLA) independent solar and battery systems would be used to rebuild the island's power grid.

When asked if this were possible, Musk responded, "the Tesla team has done this for many smaller islands around the world, but there is no scalability limit, so it can be done for Puerto Rico too."

The response led to a 25-minute phone call where the two discussed relief efforts as well as Tesla playing a leading role, Rosselló said in an interview with USA Today.

"I told him because of the devastation, if there is a silver lining, we can start re-conceptualizing how we want to produce energy here in Puerto Rico and distribute it and do it in a more reliable fashion," Rosselló said. "It was a very positive first step."

Will Musk follow through after his conversation with Gov. Rosselló? And if so, what can the island expect from a solar power grid? Let's take a look...

Even before Hurricane Maria, Puerto Rico's electrical grid was antiquated and heavily in debt.

Unfortunately, the storm exacerbated the grid's problems, and now 88% of the island is without power. Even worse, Puerto Rico's water system is linked to the electrical system, so residents can't get water until most of the power grid returns online.

For now, getting the grid back up and running is a waiting game.

So Musk and Rosselló's meeting could be a saving grace for the island. During last week's call, Rosselló said Musk offered consoling words about the devastation on the island and to help with immediate relief efforts. They also spoke further about using Tesla solar technology to rebuild the grid, including a pilot run in the island-municipality of Vieques, which still pulls its power from Puerto Rico, according to USA Today.

This new solar panel grid would generate its own power, be less vulnerable to storms, and cut down energy bills, according to energy analysts.

"Even though we're still in the emergency phase, the opportunity to rebuild better than before is one that I cherish and take very seriously," Rosselló said.

Musk Is No Stranger to Island Energy

This isn't the first time Musk's solar technology has revolutionized an island.

The island of Ta'u in American Samoa was using more than 109,500 gallons of fuel annually. That is, until Musk stepped in...

Now, Ta'u hosts an entirely renewable solar power- and battery storage-fueled microgrid that can supply nearly 100% of the island's power needs. The battery system also allows the island to use stored solar energy at night, meaning renewable energy is available for use around the clock.

The microgrid took just one year to install and finish.

"This is part of making history. This project will help lessen the carbon footprint of the world. Living on an island, you experience global warming firsthand. Beach erosions and other noticeable changes are a part of life here. It's a serious problem, and this project will hopefully set a good example for everyone else to follow," said a local resident of the island to SolarCity.

This is good news for Tesla and its investors. After all, Tesla's value is in its potential for industry-disrupting innovation and growth, which is exactly what this project promises. A successful solar power grid in Puerto Rico would likely be a flagship project - paving the way for similar opportunities around the world.

More information is set to be announced this week. An announcement of a deal would likely send TSLA shares higher. The share price has already risen 66% in 2017.

Up Next: Energy's $48 Trillion Holy Grail

A shocking discovery has unlocked a 36,000-year supply of free energy.

Not only is this fuel source endless, it's ready to use immediately.

The U.S. Department of Defense just invested $7 billion in a single day, igniting an early-stage "energy boom" that will likely mint millionaires at a dizzying clip.

Find out exactly how to play it here...