A coming $112.8 billion increase to the defense budget is going to be one of the top catalysts for drone stocks next year, and that's great news for investors... 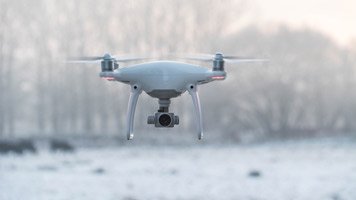 Now that the budget is getting a $112.8 billion increase for 2018, more money can be allocated to unmanned aerial vehicles.

And by getting in early on the drone craze, you could profit from a potential 4,636% gain.

We'll have more on this profit opportunity in just a bit.

But first, we want to make sure Money Morning readers know more on why the government is dedicating billions of dollars to drones.

The Latest NDAA Act Will Be a Boon for Drone Stocks

The government needs to keep missions and strategic plans classified, which is why there is a lack of information on how and when the U.S. military uses drones.

However, we do know drones can be used to fight terrorism while also protecting the lives of U.S. military personnel.

According to MyDroneLab.com, unmanned aerial vehicles (UAVs) can be classified by functions, which include:

And we do know drones have been used to stop terrorist operations from growing.

Get In on the Drone Craze Now, Before Sales Quadruple

In 2016, a series of U.S. drone strikes and airstrikes in Somalia killed 150 suspected militants at what U.S. officials called a training camp for terrorists, according to The Guardian.

Because of how effective drones are in military combat, the government will keep increasing its spending on drones and drone research.

But it's not just drone makers that can cash in on the billions in spending. Investors are profiting too.

What is the name of the company I should invest in?
Thanks
Ken