The cryptocurrency rout over the last 24 hours has caused widespread panic in the crypto community.

Over the last month, the price of Bitcoin has dropped over 50%. 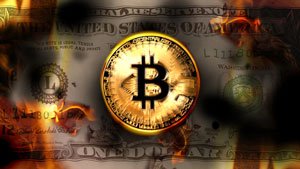 Bitcoin briefly dipped below $10,000 per coin overnight, while nearly every other cryptocurrency in the top 100 by market capitalization is deep in the red. Concerns over regulations in Asia and other countries are part of the reason why prices are dropping.

But one of the biggest stories right now is about the collapse of BitConnect, a lending and exchange platform that shuttered its doors overnight.

BCC has been compared to a Ponzi scheme from many critics, including Ethereum founder Vitalik Buterin.

BCC once called its currency a sure thing: "The moment you acquire BitConnect Coin it becomes an interest-bearing asset with 120% return per year. It is that simple."

That asset is now nearly worthless to investors around the globe given that the exchange has been shuttered.

In a statement released on its website, the exchange blamed negative press about its platform, cease and desist letters from North Carolina and Texas security regulators, and ongoing DDoS attacks.

On Wednesday, the market capitalization of the global cryptocurrency sector slumped to $500.4 billion. Bitcoin comprised 36.2% of the total crypto market.

Bitcoin appears to be stabilizing, an event that coincides with a report from Goldman Sachs Group (NYSE: GS) analyst Sheba Jafari.

Must Read: With Bitcoin Prices Falling Today, Just Remember This One Chart

The GS analyst called last night's slump into four figures a possible correction. Jafari said that the market would stabilize around $9,978 per coin, and then possibly turn around.

Despite the sharp downturn, the bulls continue to roar. Kay Van-Petersen of Saxo Bank predicted that Bitcoin could fall in a range between $50,000 and $100,000 in 2018.

The analyst projects that institutional investors will become more engaged thanks to futures contracts in Chicago.

"First off, you could argue we have had a proper correction in Bitcoin, it has had a 50% pullback at one point, which is healthy. But we have still not seen the full effect of the futures contracts," Van-Petersen said in an interview with CNBC.

The call is far more bullish than Van-Petersen's previous prediction that it would take Bitcoin 10 years to reach that level.