Now that California - the world's sixth-largest economy - has a legal medical and recreational marijuana market up and running, it's the perfect time to get a finger on the pulse of that market.

It's been an exciting and profitable few weeks here...

The numbers so far are staggering - as I've been predicting they would be for months. As I mentioned earlier this month, in the days following the Jan. 1, 2018, "debut" of recreational adult use, the seven biggest pot stocks by market cap alone bulked up to the tune of $1.7 billion.

My paid-up Nova-X Report readers have seen some nice gains in our pot stock model portfolio, too.

The profits do give some idea of what's happening, but the truth is, California is such a lucrative marijuana market, and so important to the future of legal weed, that I wanted to know exactly what's been going on in the Golden State since it went "green" a few weeks ago.

I'm talking about a much more in-depth picture than you can get in the mainstream media, of course.

You won't get this anywhere else...

My Marijuana Man on the Inside

For a look at what's coming in this key state, I called one of my best contacts in the legal marijuana arena: Chris Walsh - editorial vice president at Marijuana Business Daily. 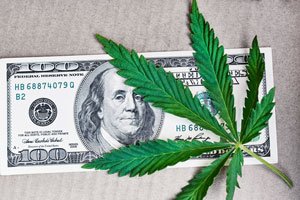 This industry newsletter not only puts out a great publication, but it also organizes some of the best conferences in the business.

I'm talking about MJBizCon, which is held in a few locations each year. I attended one last year and brought back a tremendous amount of valuable (profitable) information that I've shared with you folks over the past few months.

Walsh was the founding editor of MBD way back in 2011, when hardly anyone was talking about legalized recreational marijuana. In other words, he's basically seen it all. So I wanted to get him on the record about what he saw on Jan. 1 - the day cannabis went fully legal in California - and in the days since then.

Note: You can learn how to get access to all of Michael's California marijuana market recommendations right here. All his paid-up Nova-X Report subscribers get his favorite plays.

After all, North American legal marijuana sales totaled $6.7 billion in 2016. California - with its nearly 40 million residents - could rake in $20 billion per year in cannabis sales on its own within a few years. And by year's end, legal marijuana sales across the country could more than triple.

I have a position in one of your recommendation and I must have pick the wrong one because it is not moving .should I sell or wait

THANK YOU Michael for your in-depth research you have done in the Cannabis Industry!!! That said, PLEASE keep up on the rev's and earnings on the issues you cover for us. Mostly, the one that I saw in 'SPADES' to be the true winner in this lucrative industry – GBLX . . . OMG what potential this one has!!!

I'm your age and have seen many newsletter writers over my 40+ years in the Markets. You are without a doubt one of the best I've seen who stays on-top of the leading 'new paradigm' industries as they develop. You are fresh, concise and brief (which is a treat from all the other 'Pontificators' who regurgitate the same Companies that all the other Lemmings do. Time is money and these guys go on and on and on . . . saying the same thing 10X over!!! Hate to say it but your own colleagues do this. Who has the time to listen to those 30-40 minute 'spews' just to get dropped into another newsletter subscription.

Back to GBLX, once you get an idea of how much leaf they are ramping up to sell to cover their R&D, that would be helpful info to start to project the recurring income as the support level of their earnings. I have seen about $18MM projected for 2018, but that seems tame considering their yields and grow size. This is one of those that gives you a woody just doing the projections of what is possible. I would love to hear you do an interview with Mr. Poss so we can get a handle of his fore site into where this beauty could go!!!

And, any input on what the oils will yield; a much tougher # to derive, but where the REAL money will be; actually the Patents will but that will be the Moon Shot for that . I just can't ask for all the info (variables) GBLX has arrows in its quiver. WHAT A FIND, MICHEAL . . . this is the one to retire on if all goes as planned. You have pulled the needle out of the hay stack there good buddy!!!
Keep up the Excellent reporting and lets teach Jeff S. he is a dinosaur and time to go under ground and make oil. LOL

How long can you hold a OTC Pot penny stock that has not moved up?

I really think spreading out the money into many pot stocks is key. I spread my money into 19 different pot stocks, but not all at the same time. Also, half were Michael's recommendations, and the other half were not. There's plenty of risk in the entire cannabis industry, so the riskiest ones only got $200 to $300. The ones with lower risk got much more. If you are in it for the long-term, looking to maximize the crazy potential many pot stocks have, then don't sell. I have some that have gone no where, even down 50%, but since I only had $200 to $300 in them, I really don't care I am losing on them now. There is little doubt that some of my riskiest pot stocks will fizzle out, but I hold the riskiest ones like a lottery ticket where a $300 investment in one stock could turn into $10,000… or go to $0. Position size is important. If you are losing sleep or feeling stress when you think of your pot portfolio, then you put too much money in one specific pot stock or the entire cannabis industry. I am looking down the road. If a specific pot stock is still a laggard in 3 to 5 years, then consider dumping it. In the high flying cannabis industry if a company can't generate large revenue improvements from year to year (not including biotech pot stocks) & any catalysts seem to not have a positive impact on the stock, then look at getting out of that stock if you gave it a fair try of several years. Those that play the lottery know that over the long term they will almost certainly lose money, but they hold out for that one big winning ticket. I play the lottery, but only with pot stocks.

I agree about holding at least 10-12 pot stocks and watching them do well or not so well. So far I've invested over $10,000 in these stocks, along with some hangers-on stocks regarding packaging, shipping, growing, etc. and I'
m up 2150%. Not bad for a retired man listening to and watching Michael's videos and acting on them at the perfect time. Many thanks to Michael Robinson and Nova-X! P.S. I continue on and up.

nice i think it is a right place

After a brief run up at the beginning of January, most of the pot stocks I own or follow are losing ground. Any thoughts?

I have subscribed to Nova-X and would like to know how to get access to the information regarding the hot cannabis stocks that were shown in the video.

Go to Michaels website and download the Roadmap to Marijuana Millions.
All are listed there plus look over his research reports and you can then get a watch list together to see how the stocks are trading. Hope this helps