Litecoin prices are sliding today – tumbling 4.35% – in the wake of the $530 million hack of Coincheck, but a new rumor about a mega-crypto merger could reverse the slide…

We'll cover the potential merger rumor in a bit, but cryptocurrency prices were sliding across the board today. 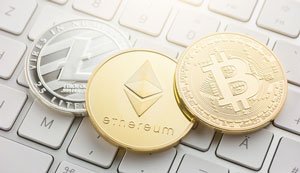 At least one reason for the slide is the prospect of tighter regulations in Asia. Japan's Financial Services Agency announced it may conduct on-site inspections to its local cryptocurrency exchanges.

And on the domestic side, Bitcoin prices slipped after the so-called "Robinhood Rally" ended. Bitcoin had been rising in recent days due to news that mobile investing app Robinhood announced it was adding Bitcoin and other cryptocurrencies to its exchange. The news raised hopes that more millennials would pour into the crypto markets. Robinhood's new crypto platform will be unveiled in February.

Here's what else we're seeing in cryptocurrency markets today, including a rumored merger between Litecoin and another popular crypto…

4080 Reads
The Two Best Penny Stocks to Buy This Week Offer 150% Upside
Here are two of the best penny stocks to buy right now, and the strategies I used to find them. This could be up to 154% potential gain for today's investor...