Silver prices today are mostly flat, down just 0.03% in morning trading, to $16.83 per ounce, as the broader stock market rout continues. 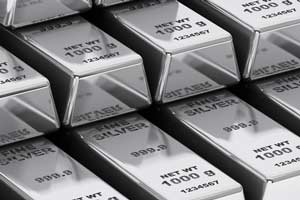 It was the largest point drop in a single day for the Dow… ever.

But as Monday's stocks and oil market bled profusely, silver prices refused to join in the pain.

Not even a considerable bounce in the U.S. dollar or Treasuries were enough to hurt the price of silver. Instead, the precious metal was up by 1.1% as most other assets tanked.

It was a testament to the metal's safe-haven qualities, which help counter losses for those who've been wise enough to include silver in their portfolio allocation.

And in my view, silver's likely to offer a lot more of that kind of protection throughout 2018…

Urgent: A tiny company's revolutionary device has just been approved by the FCC – and even a small stake could reward you with astronomical gains. Find out how to take advantage of this ground-floor profit opportunity…

On Wednesday, Jan. 31, silver enjoyed a decent rally. It started trading in New York at $17.23 and closed at $17.30. The dollar was weaker, with the DXY selling off early to spend the morning around 88.90. But even the DXY's afternoon jump to 89.10 wouldn't hurt silver prices.

Here's a look at the DXY for the last five trading days. 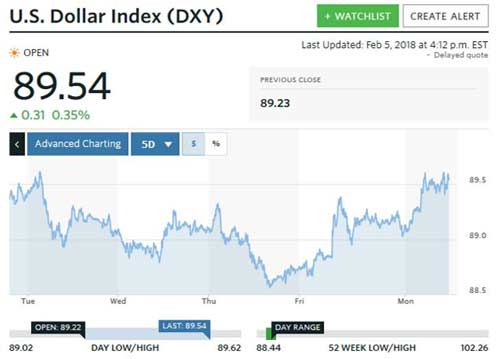 Now that we've looked at how silver prices today are trending, here's what I expect for the precious metal over the next three weeks…

Here's Where the Price of Silver Is Headed Now

Mr. Krauth, Again today the future markets criminals brought down again the
prices of gold and silver. It´s a shame that in the USA nobody dares to take actions against these dirty people. Your honest bullish markets expectation does not make sense as long as it´s allowed that these rats operate with their computers in the markets. To really get sickand tired. sorry