Despite muted action in silver over the past week, the precious metal continues to form a solid base. In fact, silver prices today (Tuesday) are already up 1.3% in morning trading.

There were, nonetheless, two main market-related events last week that were extremely relevant for silver prices.

The first was comments from the new Federal Reserve Chair Jerome Powell that, along with an improving economy, we may also be getting a faster pace of rate hikes. 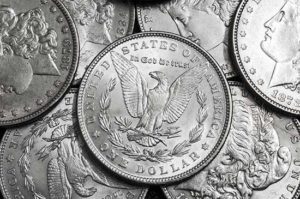 Markets didn't like that, but the dollar jumped and pushed silver back.

But in the second half of the week, silver got some of its mojo again and recuperated.

On Thursday, U.S. President Donald Trump said tariffs would be coming to both foreign steel and aluminum. So the renewed risk of trade wars weighed on the dollar, which this time supported silver, shooting it up nearly 2% from its low of the day.

Silver prices in 2018 could continue to face headwinds over the next several weeks, as seasonal tendencies suggest. But I expect the dollar to return to its bearish trend soon, potentially helping push silver up and out of its narrowing trading range.

Before we get into my silver price forecast for 2018, here's how silver prices today are trending... 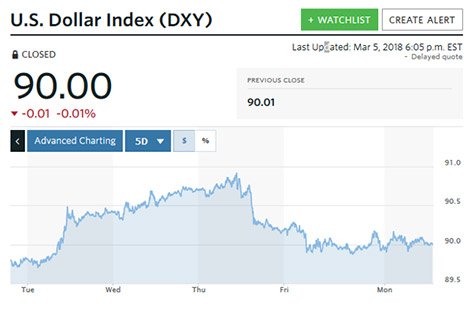 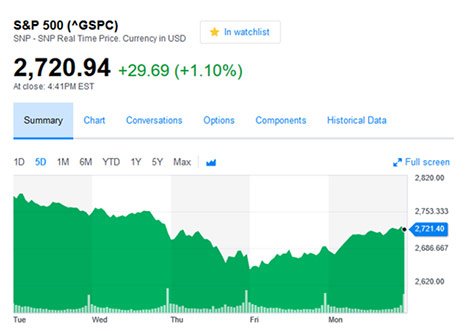 Friday would see silver digest its gains from the previous day. The DXY settled further back, dropping down to hover around 90 most of the day. That helped silver consolidate higher, opening at $16.40 and rising to $16.49 by the 5 p.m. weekly close.

Now that we've seen how silver prices today are trending, here's where I see the price of silver heading from here...

Here's Where Silver Prices Are Headed Next

Great News I own the Jnug/ABX