Dropbox Inc. (Nasdaq: DBX) was one of the most anticipated IPOs of 2018, which is why after it went public on March 23, investors have been asking if they should buy Dropbox stock.

The answer is no. 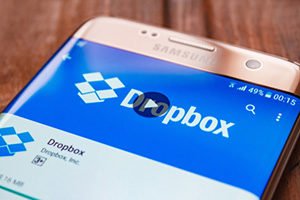 The stock has climbed 5.37% since it opened to the public on March 23 at $29 per share, but recent IPOs are known for their volatile price swings. It's simply too early to know if the stock has growth potential.

That doesn't mean it has a poor businesses model, but we really won't know the true value of DBX stock until it gets a public quarter or two under its belt.

In fact, it reminds us of another hyped up IPO, and one you need to avoid right now...

Don't Be Fooled By the Dropbox IPO Hype

Investors anxious to find the "next hot thing" might be tempted to rush into IPOs, but they can lose all their hard-earned money.

It was supposed to be the next best thing in the social media sector, and analysts fell over each other raising their price targets.

But that was all she wrote, and the Twitter stock price closed yesterday (April 19) at just $31.54 per share.

Investors who bought in at all-time highs of $74 have now lost 65.20% of their original investment.

While we don't know the future for Dropbox stock, we aren't impressed by its business fundamentals...

A Closer Look at Dropbox Stock

The $9.2 billion valuation for Dropbox at its public offering was $800 million lower than a 2014 funding round that valued the company at $10 billion.

In other words, even with all the hype and salesmanship, the company was worth less than insiders thought it was four years ago.

That could be a sign the IPO was more about a payday for insiders than raising money for the company's future growth.

You see, company insiders want a stock to go public so they can eventually cash out. Underwriters, exchanges, and company insiders are always the ones who make the most money from public offerings.

That's why we want to warn people about this other dangerous recent IPO that must be avoided at all costs...

The Recent IPO You Have to Avoid