As a member of OPEC and one of the nation's largest oil producers, any disruptions to Iran's economy could slow oil output and send prices higher. While much of Wall Street sees this as a done deal, Money Morning Global Energy Strategist Dr. Kent Moors doesn't think it's that simple. In fact, he thinks there a chance for a completely different outcome - one that could generate significant profits if played right. Check out Kent's insight on what's next for oil here... 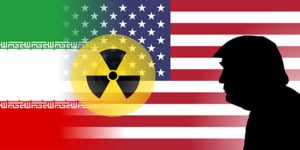