Bitcoin prices fell nearly 2% down, to $8,232, as the broader cryptocurrency market continues its correction, but recent scandals plaguing the currency are finally in the past. 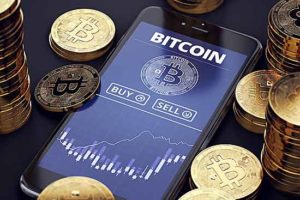 But some good news is in sight. This week, South Korean accounting firm Yoojin released a report stating that the funds of UPbit matched the cryptocurrency exchange's balance sheet. This alleviated major concerns about the exchange and its operations.

Plus, today also marks the eighth anniversary of the famous Bitcoin pizza purchase, a reminder of just how powerfully lucrative cryptocurrencies can be.

Eight years ago today, a programmer paid 10,000 bitcoins for two Papa John's pizzas. Crypto enthusiasts have now dubbed the anniversary as "Bitcoin Pizza Day." The 10,000 coins used in 2010 would now be worth a whopping $82 million. Coindesk celebrated the event by released in a "Bitcoin Pizza Day" price tracker on its site.

Bitcoin prices fell back to the $8,200 level over the last 24 hours, as markets continued a broader sell-off in the cryptocurrency sector.

A surprising catalyst is about to push prices higher…

Now, here are the top cryptocurrency stories today, including updates on trading derivatives on cryptocurrencies.

The Top Cryptocurrency Stories for Tuesday

I would like to invest in Freedom Checks, and I need more information, and where to sign up at or either what web site.