One of the most shocking pieces of news to hit my desk recently is that millennials are finally starting to think about that whole getting married, having a family, and building a home thing.

In other words, it seems millennials are no longer acting like millennials.

According to the National Association of Realtors, millennials are now the most significant share of homebuyers, at 36%. The association also noted that 65% of these buyers were also first-time homebuyers. 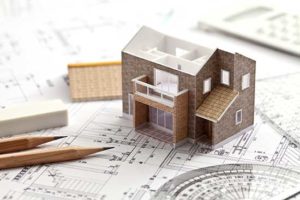 With the memory of the agony their parents faced during the 2008/2009 financial crisis and housing meltdown, millennials were clearly slow to get into the home-buying game. Now, it seems they're not only participating but jumping in feet-first.

But they may be arriving a little late to the party.

In other words, they're entering the market at a time when a new supply crisis – exacerbated by the U.S. Federal Reserve's extreme enthusiasm for rate hikes – could make finding a home nearly impossible…

And it's a crisis that could lead five companies on my radar to stream us steady, long-term profits…

Millennial Homebuyers Are About to Enter Their Worst Nightmare

It's no secret that the Fed is talking about raising rates at a measured pace through 2018 and 2019, but some analysts suggest that pace could be much more frantic than expected.

Henry McVey, a macroeconomist over at KKR & Co. LP (NYSE: KKR) who's been pretty accurate over the past few years, thinks we'll see six more rate hikes in 2018 and 2019. Guggenheim Partners predicts a whopping seven rate hikes, which would put the federal funds rate at 3.50% by the end of 2019.

If mortgage rates maintain the same relationship they have with the fed funds rate right now, a 30-year mortgage would be over 6%.

Think about that: it would add about $300 a month to a $300,000 mortgage, possibly putting the cost of a house far out of range for millennial buyers, especially those fresh out of college AND entering the workforce.

And homebuilders just don't make as much profit building lower-end homes. Not to mention the fact that the prices of lumber, copper, and plastic resins all rising this year has increased the cost of building a house even as demand is also pushing prices higher.

So as you can see, there's a severe supply-demand situation developing that's having a very negative impact on housing affordability. We just don't have enough houses to meet current demand, and you can see this dilemma boiling over in every recent piece of data out there.

Just look at housing inventories, currently at less than half the credit-crisis peak and right around 2006 levels, with about 5.5 months of supply. Housing starts are back at about 1993 levels, and a relatively small percentage of those are in the less-profitable starter homes.

All of this needs to change, and change soon, or we will have an affordability crisis in the United States.

I can hear you thinking, "Fascinating stuff, Tim. I'll call my kids and tell them to get off their lazy asses and buy that house before rates and demand make it impossible."

But what I thought when I saw this crisis coming a mile away was, "How can this make you money?"

The Housing Market's Pain Could Send These 5 Companies Soaring