The Dow Jones Industrial Average plummeted 390 points yesterday (June 25) thanks to the latest posturing in the U.S.–China trade war.

The latest volley came from U.S. President Donald Trump, who wants to restrict Chinese companies from investing in U.S. technology. 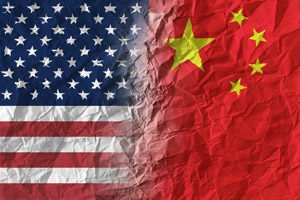 The new rules would bar companies with Chinese ownership of at least 25% from buying firms involved with tech that's deemed "significant" by the White House.

China isn't the only reason the Dow was down yesterday. President Trump may also impose a 20% charge on European cars.

And yesterday was the clearest example of how excessive tariffs could devastate the U.S. economy…

While the markets are still worried about the trade war with China, the U.S.–EU battle really hit home yesterday.

In response to President Trump's tariffs on aluminum and steel imports from Europe, the EU upped its 6% tariff on motorcycles to 31%.

Harley-Davidson Inc. (NYSE: HOG) said that will make motorcycles $2,200 more expensive to export, according to CNN.

The company will not raise prices, but to avoid the tariff, it will move production to international facilities.

Harley-Davidson has not indicated if this will cost U.S. jobs, but it does believe it will lose as much as $100 million a year because of the tariffs.

And unfortunately, folks, this is another clear example of why your financial future is at stake…

The vast majority doesn't see this coming, and those few who do are not preparing properly… nor profitably.