It's no surprise then that so many investors want to emulate the Oracle of Omaha's investing strategy. But today, I'm going to show you a way to do it that you've never heard of before, and it blows all the other conventional strategies out of the water… 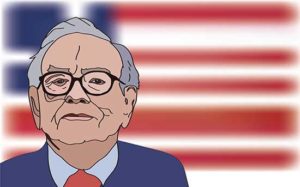 You see, there are two well-known strategies for investing like Buffett: follow the trades he makes, or invest in Berkshire Hathaway.

But each has its flaws…

What separates the Oracle of Omaha from the average investor is that he structures deals so that he is almost guaranteed to win.

And he can do that because of his billions of dollars and trusted reputation.

The Gains on This One $10 Stock Alone Could Earn You Enough to Retire – Click here now for details.

In exchange, Buffett received $5 billion worth of "preferred" shares. These are considered safer than "common" shares because if Goldman went bankrupt, preferred shareholders are paid before common shareholders from the liquidation of a company.

The average retail investor could never make a deal like this.

When all was said and done, Buffett made roughly $3.1 billion in cash and stock from his original $5 billion investment, according to Quartz.

Second, you could invest in Buffett's company, Berkshire Hathaway Inc. (NYSE: BRK.A), but one share of BRK.A will set you back $283,200.

You could settle for Berkshire Hathaway Inc. Class B (NYSE: BRK.B) shares, trading for $186.44 per share.

But the cheaper price tag creates more volatile price swings because it draws more retail investors, who are more likely to sell during a downturn.

If the markets are down, it's easier to unload a few shares of BRK.B for hundreds of dollars.

In comparison, selling just one share of BRK.A removes nearly $300,000 out of a portfolio, so BRK.A shareholders are more likely to hold on to their shares.

That creates a more stable price.

Another disadvantage is Berkshire hoards cash and doesn't return it to shareholders through a dividend. Berkshire has $116 billion in cash, and Buffett says he isn't seeing many deals on the horizon.

Paying full price for these shares means you sacrifice growth to Buffett's conservative strategy, and you aren't rewarded with a cash dividend.

Fortunately, I uncovered a profit opportunity that lets you trade just like Buffett for a fraction of the price…

This Lets You Own What Warren Buffett Owns

As you know, I'm always looking for secret ways to make a lot of money. I look for strategies that the MBAs and the CFAs of the world have largely ignored.

Either they don't understand these strategies, or they're taught to ignore them…

But one of the best strategies that goes overlooked and I'm going to share with you today is the buying of closed-end funds.

Closed-end funds are assets that trade on public exchanges with only a fixed number of shares. Unlike mutual funds, they truly trade on the highs and lows of market sentiment, and they often trade well below their net asset value.

That means you're ahead of the curve, buying something at a discount before the rest of the market notices. When it does, stock prices shoot up, and you are rewarded for your forward-thinking approach.

And not only can shareholders profit from the stock price climbing, but they also receive value from dividend payouts.

Through this one closed-end fund, you can invest like Buffett at a discount and be paid to do it.