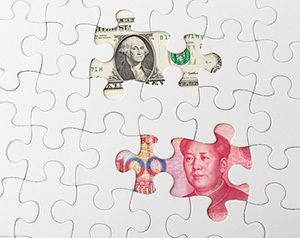 Despite their seemingly good intensions, these talks were doomed from the start.

While market indexes rose on the potential for a trade breakthrough from the meetings, fundamental disagreements about the nature of the talks prevented any significant developments this week.

In fact, this week's low-level talks made it clear that trade tensions will only rise for the foreseeable future...

Tariffs Are Just the Tip of the Iceberg

This isn't the first time highly anticipated trade talks have fizzled. In May, American and Chinese officials announced they struck a comprehensive trade deal.

According to an announcement following the May meeting, China agreed to purchase more U.S. goods and services while the United States would refrain from imposing additional tariffs on Chinese goods.

However, these commitments never materialized in a meaningful way, leading the White House to escalate its trade rhetoric.

Less than three weeks after May's meeting, the United States threatened to impose an additional $200 billion worth of tariffs on Chinese goods.

And we shouldn't expect future negotiations to fare any differently.

You see, not only are Chinese and American negotiators failing to agree on a path forward - they refuse to recognize what the other party really wants.

American negotiators are intent on getting China's communist government to make fundamental changes to the way it manages the nation's economy and trade practices.

Reforming China's intellectual property law, licensing of American businesses, and currency manipulation practices are all on the table for American negotiators.

However, Chinese officials are far more interested in making sure the United States adheres to rules established by the World Trade Organization - rules that the nation's current tariff policy violates.

This creates a formidable impasse.

As the failure of this week's meeting demonstrates, the world's two largest trading partners have yet to reach a basic agreement on the goals of their talks and the resolutions that could ease global trade tensions.

And things are likely to escalate from here. This week's meeting ended without any additional plans for further talks in the near future, leaving trade relations between the two countries in limbo.

As a result, the $200 billion worth of tariffs the United States is preparing to impose on Chinese imports is likely to go into effect. And China's $60 billion of retaliatory tariffs are certain to follow.

The lack of any support for a breakthrough in the near future and the imposition of additional tariffs is likely to send volatility through the roof as Wall Street hits the selling floor.

This was the case when the White House introduced its first round of tariffs on Chinese goods in January. Concerns over the impact of tariffs on the bottom lines of the Wall Street's favorite companies played a significant part in setting February's stock market correction.

We've already seen those fears about tariff impact on earnings manifest in Q2 earnings. As both sides continue to implement more tariffs, there's a significant chance that they will ignite another market sell-off - or worse.

But that doesn't mean your income has to suffer...