You could see the bankruptcy of Sears coming from a mile away, but it still stings to see the iconic retailer collapse.

Sears Holdings Corp. (NASDAQ: SHLD) couldn't make a $134 million debt payment due today, and that was the straw that broke the camel's back for the 132-year-old company. 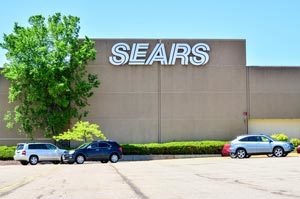 The historic retailer filed for Chapter 11 bankruptcy this morning.

The company intends to stay in business - but ask Sports Authority and RadioShack how trying to stay open while filing for bankruptcy went.

But Sears' bankruptcy could be the canary in the coal mine for a much, much bigger crisis.

You see, iconic retailers going bankrupt is just the start of how bad things could get...

Corporate revenue and earnings will plunge - first, as seniors stop spending and secondly, as millions of younger consumers and investors read the writing on the wall and run for cover.

Stock prices will implode. The bond market will crash and burn... interest rates will skyrocket... the entire economy will grind to a virtual standstill.

This time though, it's America's estimated 70,000 pension funds that could be at risk...

As of the end of last year - 2017 - U.S. pension fund assets were $25.19 trillion, or roughly two times the size of the shadow-banking funding we've just mentioned.

U.S. pension plans are already defaulting left and right... they're breaking the promises they made to current and future retirees.

Millions of Americans will go nearly bankrupt, including YOU... unless you take these few simple steps now to protect yourself.

You need to access all the details right here.

The SEARS/Roebuck Catalog seemed to be the thing that launched and distilled this brand. And this of course has become antiquated. There's only so much adapting print media can do, I think. Or maybe that's not quite right. Like you point out, Scott, there is still a place for smaller, niche magazines. It would have been interesting to see, if decades ago, SEARS had found a way to modularize and personalize their catalog offerings to individual customers, as now seems to be commonplace. In other words, maybe what killed SEARS isn't the Internet or not the Internet, but rather the fact that Amazon grew faster than retailers' ability to leverage FB/social media/targeted ads to reach their customers in this suddenly all-important way.