Unfortunately, the big pharmaceutical companies have found a way to "game" the system.

To keep competition out – and drug prices sky-high – they repeatedly make false claims of "newness." 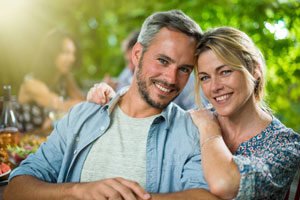 In fact, a recent study at the University of California School of Law showed how big of a problem this really is.

The study found that on average, 78% of drugs associated with new patents were not new drugs coming on the market, but existing drugs.

Nearly eight in 10 drug patents are not going to new drugs.

They're old drugs getting new patents.

And according to this same study, half of these patents were extended multiple times.

That means American patients are paying through the nose because of this patent-rigging scheme.

Editor's Note: This situation is so potentially lucrative, even a small stake could double, quadruple, or even net you eight times your money – in as little as two months. Take a closer look here…

These crooked loopholes drive billions of dollars of profit…

And they also prevent off-patent drugs from reaching Americans at a fraction of the cost.

On top of that, the FDA simply wasn't approving these drugs fast enough.

Fortunately, there's a way you can fight back and profit along the way…

Nearly every time a brand-name drug loses its patent, a smaller pharmaceutical company swoops in and sees its stock skyrocket.

Do these investments have risk? Of course they do. History is never guaranteed to repeat it itself.

And how little you need to invest to make a lot of money on them.

In fact, these tiny off-patent drug companies are so potentially lucrative, even a small stake could double, quadruple, or even net you eight times your money.

Up until now, these opportunities have been very hard to identify.

That's because big drug companies – companies that already made billions in profits – continually game the system and extend their patents.

So you never really knew when the patents were going to expire or if the FDA would likely approve a generic.

Now, thanks to the American Patients First blueprint, this game is over.