Cryptocurrency predictions from a broad range of the crypto community suggest 2019 will be a pivotal year.

The six people who responded to my brief survey come from a variety of crypto perspectives, from prolific video personality Naomi Brockwell to Jeffrey Tucker, the

I asked for their thoughts on the crypto bear market of 2018 as well as what they expect from 2019.

And they did not disappoint.

I hope you will be as impressed with this collection of cryptocurrency predictions and insights as I was, and that you will find them useful as crypto enters its second decade.

The answers have been lightly edited for style and clarity. 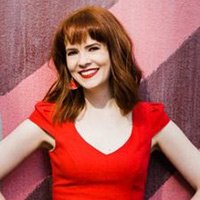 I disagree that the sentiment turned negative - I think people who understand the tech are more excited than ever about the amazing developments in the space. I would argue that the price correction was to be expected, especially after the ICO boom of 2017, and the downturn may have also had a lot to do with the increased regulation in the space this year, making it harder for people to move crypto around.

I predict a new wave of users onboarded to crypto in 2019 from the artist/content creator sphere. The censorship and demonetization of many prominent YouTubers has led to a lot of people looking for alternative systems that don't give payment processors so much control, and crypto is the answer. The question is whether the crypto community can make the onboarding process as frictionless as possible for these new users, and get them comfortable with crypto. I'm especially looking at bitbacker.io as a new Patreon for the cryptocurrency age.

Always hard to make price predictions, but I think 2019 will end up for the year. But not sure we will see any new all-time highs. We'll have to see what happens! 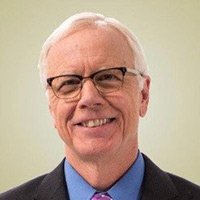 Several factors were behind this. Let's start with the rough beginning to 2018 after South Korea talked about banning crypto trading. Since many traders and miners are from Asia, that sent prices down pretty quickly. Shortly thereafter, China also said it would crack down on crypto trading, handing us a one-two punch.

Meanwhile, we saw a speculative feeding frenzy surrounding ICOs. A lot of money left Bitcoin and Ethereum to chase after that fad. And as we saw, the ICO market completely collapsed on concerns of an SEC crackdown that began in March of 2018. The SEC stepped up its efforts, and that market has basically vanished. While the two may not seem to be directly linked, BTC traders took the news pretty hard, fearing a wider crackdown on cryptos themselves.

And let's not forget cryptos are not immune from general investing trends. Deutsche Bank recently released data showing that 89% of all assets it tracks were down at the end of October, the broadest decline since 1901. Of course, a lot of that had to do with profit taking, even on stocks, real estate, Bitcoin, and other leading cryptos.

I'd like to see a further shake out in the crypto market. Just five years ago there were only a handful of digital currencies. While Bitcoin remains the gold standard and Ethereum is the market's silver, simply too many new currencies were being created. At one point earlier in 2018, there were more than 1,650 cryptos trading hands, many at fractions of cents. That's just way too many at this point in the market's history, as we are still in the early innings.

I do see one very bright spot for the field - the mash-up of the blockchain and the cloud. The blockchain is an unstoppable trend that I believe could support $8 trillion in global trade in as little as a decade. Most firms, however, lack the manpower and technical expertise to jump into blockchain development. But firms like Microsoft [NASDAQ: MSFT], SAP SE [NYSE: SAP], Deloitte, and Hewlett Packard Enterprise [NYSE: HPE] are offering blockchain-as-a-service. This bodes well for the growth of the platform as well as providing a long-term base for Bitcoin and Ethereum, the latter being designed with smart contracts in mind.
Where do you think Bitcoin/crypto prices are headed in 2019? Do you see prices higher or lower at the end of the year?

Well, one thing that went completely unnoticed by the media and their need for negative stories is the fact that the Bitcoin price was relatively stable for a couple of critical months - trading in the $6,000 to $6,500 range from early September to early November - before selling off with the rest of the world's investment markets. For 2019, I'd like to see another base of that nature establish itself. That kind of calm would allow investors to enter the market on a more measured basis, rather than chasing fast returns only to sell at the first sign of trouble. It also would give enterprise clients for blockchain-as-a-service more confidence that this is a stable arena, something IT managers like to see as they plan ahead.

Right now, the price as listed on BitStamp shows BTC trading above the 20-day moving average and making a run at the 50-day line. Right now that 50-day line looks like key resistance rather than critical support. The data I have makes me think we will hover around that 50-day line for a while. But if it breaks through on solid momentum and holds, we could see gains of 25% to 40% this year. 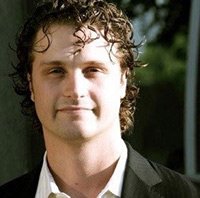 My wife and co-founder President Cynthia Blanchard has joked that back in 2017, the environment was so outrageous that our dogs Ulysses and Beauregard could have raised millions of dollars on their own token sale. My take on the crypto crash of 2018 is a necessary event of draining out billions of dollars of misallocated capital on projects without purposes, let alone business models or development plans to build public blockchain software.

I think we will see a rise in Bitcoin prices and cryptocurrency prices generally in 2019 in national (fiat) currency terms. Given Bitcoin is about 80% off its all-time high of $20,000 a year ago, and some other top-100 public blockchain tokens are still down over 90% from their all-time highs, I think a rebound is logical. Newcomers to Bitcoin and public blockchain token economic history over the past 10 years should know that since Bitcoin's birth on Jan. 3, 2009, the last bull to bear market run was already the industry's fourth cycle:

Related: Crypto will see several major developments this year. Here are my cryptocurrency predictions for 2019... 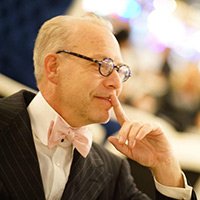 Prices of these assets are what they are for a reason, and it is the usual one: supply and demand. 2017's run-up reflected wild enthusiasm, but then the reality set in that Bitcoin cannot scale, that the crypto asset market was becoming diffuse, there are many worthless tokens floating alongside real ones, and that the whole thing is truly in an experimental stage. The enthusiasm in 2018 drifted from plain tokens to blockchain projects, and that's where it is today. There is no crypto winter in the technology, just the legacy tokens.

Adoption of blockchain technology will continue to grow, programmers in the space will be ever more in demand, and developers in the coin sector will innovate in consumer services. Companies that have focused entirely on legacy crypto assets will continue to shrink in employees and marketing.

My instinct suggests that the pessimism of 2018 will moderate, but there is no way to know for sure. The "to the moon" crowd has been seriously humbled. Early in 2018, many industry insiders predicted $3,000 Bitcoin. From my perspective, that is phenomenally high, remembering that I've followed this tech since the price reached $1. 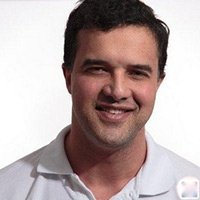 Was there ever a reversal of sentiment on how people see Bitcoin? Yes, there is a massive dip in the Bitcoin price, but that doesn't mean that people are turning away from using Bitcoin. This is the time when people will use Bitcoin fully. All those who are ready to change the world through peer-to-peer finance will move now. The volume of trades using bitcoins is increasing in Paxful, and a lot more people will see the value of Bitcoin as an alternative to preserve their wealth and to make a profit. The lower the Bitcoin price, the better it is for peer-to-peer financial adoption.

I expect crypto to continue to strengthen. More and more countries are suffering from hyperinflation, and people from those countries are starting to look at Bitcoin as a viable alternative. The world is creating a demand for Bitcoin, and Paxful will be right there to fill that demand. In 2019, people will realize that Bitcoin is not only for speculation (risky investment), but they will also realize that it can be used for payments, e-commerce, remittance, wealth preservation, and social good.

We all know how volatile Bitcoin's price can be. Nobody was expecting the recent dip, and it was a pretty significant dip. And yet peer-to-peer Bitcoin trading is reaching all-time highs! People are turning to #P2PFinance, and they don't care what the price is, nor should you! At Paxful, we don't focus on the price, we focus on how we can educate the community and other people about the free financial system that peer-to-peer finance presents to the whole world. That is where the future is: a system fully governed by its users.

And finally, we hear from John McAfee, who offers a surprising Bitcoin price prediction for the end of 2019...