After GE stock plunged over 75% between the start of 2017 and the end of 2018, investors have once again warmed to General Electric Co. (NYSE: GE). 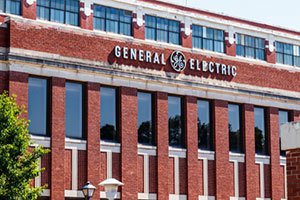 After hiring its third CEO in three years in October, investor confidence in the company's management is starting to grow again. New CEO Larry Culp slashed GE's historic dividend to just $0.01 a share as he battles the company's massive debt problem.

The sudden jump has many investors wondering if one of Wall Street's favorite dividend stocks is back in the black. And with GE earnings coming out next week (Jan. 31), investors are starting to wonder if it's time to buy back in.

Much of Wall Street's newfound enthusiasm for GE stock stems from chatter around the company's plans to sell off major divisions such as aviation and healthcare.

However, there are two key reasons why this won't work. In fact, it could make things much worse...

GE's Debt Is Breaking the Bank

In an interview with CNBC last year, Culp said he has "no higher priority right now" than reducing the company's leverage.

GE is currently on the hook for $115 billion in debt - more than enough to restrict the company's cash flow and hamper Culp's ability to make productive investments.

According to Stephen Tusa, a GE analyst with JPMorgan Chase & Co. (NYSE: JPM), GE must immediately raise $30 billion to $40 billion.

That means GE needs to raise about 25% of its current debt load in order to regularly meet its debt obligations and develop new profit opportunities.

Culp's preferred strategy for doing this has been through the liquidation of company assets.

Just after taking the reins of CEO in early October, Culp announced the sale of GE's Intelligent Platforms Automation business to Emerson Electric Co. (NYSE: EMR) for an estimated $300 million - 42% more than the company's entire 2017 revenue.

While a start, this sale was a far cry from the tens of billions necessary to put GE back on track.

And even while Culp's liquidation strategy could help GE regain control of its debt in the short term, it's likely to have devastating effects on the company's bottom line down the road...

Culp Is Cutting Off the Hand That Feeds

While GE owns assets worth billions of dollars, parting with them may cripple the company's ability to generate cash flow in the future.

According to John Inch, an analyst for the financial firm Gordon Haskett, GE is at risk of losing the very profit streams it needs to survive by putting major divisions up for sale.

"Once GE sells off its strong cash generating businesses such as Healthcare and Rail, these assets will be gone forever," Inch noted in a letter to investors earlier this week.

And Inch isn't convinced that asset liquidation will even get GE out of the woods.

According to his estimates, GE has roughly $80 billion in "total upcoming (pre) tax proceeds" from the sale of some of the company's largest assets.

That's well short of the amount needed to cover Inch's estimate of GE's debt load, which he puts between $144 and $205 billion.

In short, Culp is hamstringing GE's growth by selling the company's assets.

While spinning off the company's energy and healthcare sectors will raise capital in the short term, it does little to guarantee that GE will be able to generate the profit needed to manage its debt.

And that's why investors banking on a sunny outlook from the company's Jan. 31 earnings are better off looking elsewhere.

In fact, that's why we're looking at another industrial conglomerate reporting earnings the same day as GE.

And unlike GE, this company has raised its dividend five years in a row.

In fact, this stock has made strong gains in the wake of GE's fall, rising 16% in the last year as GE sank over 50%.

And shares could double last year's growth rate in 2019, all while hiking their dividend yet again...