The Dow Jones today is rising again ahead of the market's open as investors look ahead to U.S. President Donald Trump's State of the Union address tonight.

We'll break down what we're watching for in the speech below, but we're certainly paying attention to what the president has to say about the economy and trade war. Plus, one of the hottest IPOs of 2019 just got the green light... 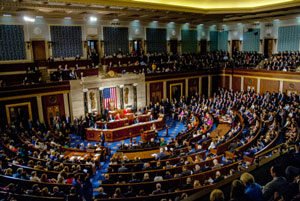