The Dow Jones today will plummet as China plans its own tariff hike on $60 billion of U.S. goods starting June 1. This is the latest intensification of a trade war between the countries.

Other items moving the Dow: a bad weekend for ride-sharing. Details below.

Plus: why Boeing Co. (NYSE: BA) stock is in even deeper trouble than we thought. 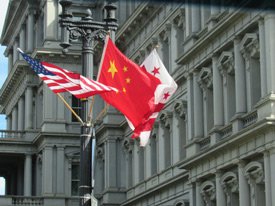