Since hitting its all-time high in September, the Dow is down 2.45%. Despite a few brief rallies this year, stocks can't seem to catch fire the way they did back in 2017. That could be a sign that the bull market is winding down.

And stocks aren't the only source for pessimism.

You see, the bond market is sending a clear signal that a recession is on its way.

But that doesn't mean you need to leave profits on the table.

In fact, we have just the strategy to help you reap gains if the next market crash hits…

Bonds are normally the sleepy part of investing. They aren't nearly as exciting – or potentially profitable – as the hottest IPO or booming tech stocks. They're mostly safe-haven assets offering investors a little peace of mind compared to the more volatile stock market. 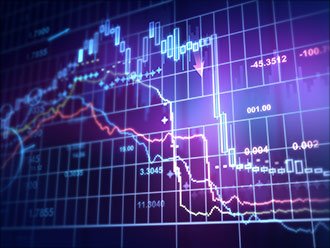 But that also means they're a critical bellwether for the American economy. And they've been sending clear warning signals about the U.S. economy over the last month.

You see, bond yields – what investors get in return for buying bonds – have been falling for the last few months.

Normally, fluctuations in bond yields are small news on Wall Street. However, there's more than meets the eye this time.

Long-term bond yields are plummeting for the first time in at least a decade.

In fact, long-term bond yields are now offering a smaller return than short-term bond yields, also known as a yield curve inversion. Right now, the yield on a six-month or one-year bond is higher than on a 10-year bond. And that's bad news for investors.

In fact, over the last 60 years, an inversion in the nation's bond yields has preceded every recession the nation has gone through.

The reason behind this precipitous drop is tough to identify, but there are plenty of candidates.

International anxiety over Brexit, the trade war between the United States and China, and potential conflict with Iran are rattling markets. Plus, it's been over a decade since the last recession ended, and we've been riding a record-long bull market ever since.

Over the last few weeks, authorities at the reserve have hinted at a persistent anxiety over the state of the global economy, pointing to the trade war between the United States and China as a key influence on the future of the nation's markets.

That even has the Fed considering an interest rate cut, despite a plan to hike rates last year. With rates just above 2%, it's a sign the Fed is growing very uncertain about the ability of the economy to handle higher rates right now.

In short, an interest rate cut in 2019 would mean the Federal Reserve thinks the nation is on the brink of recession.

That's why the bond market's recent signals are a clear sign that savvy investors should be prepping for the worst.

However, you don't have to take on the worst of it when the recession comes.

In fact, your portfolio could thrive when markets turn south…

Here's How to Make a Killing While Markets Tank