The Dow Jones Industrial Average is retreating as U.S.-China trade relations remain uncertain. Despite their recent truce, the countries have yet to reach a comprehensive deal. More on this below.

Plus: U.S. President Donald Trump is considering more tariffs, on the European Union this time. Read on for details. 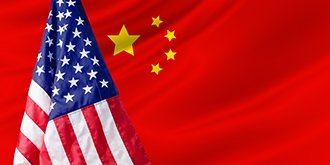 Michael Robinson has been a Silicon Valley insider for 35 years. He's been involved in some of the biggest tech breakthroughs of the last two decades, including the PC, the iPhone, and MEMS sensors. So he knows a little about the "Next Big Thing." However, his latest prediction is turning a lot of heads. Is he right? You decide. Go here.