The charade can only go on so long.

And now that the cat's out of the bag, analysts are targeting 57% growth for GOOGL in under a year.

It might sound far-fetched to invest in Google stock right now, especially since the stock has lost 4.4% over the last year. 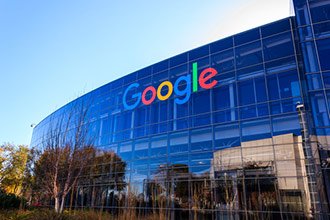 But if you're looking to maximize profits and you're following the news, you know what that 4.4% loss means.

It means, right now, Google stock is cheaper than it will ever be.

Sure, Google has taken hits from global trade bouts over the last few months.

It's lost a lucrative relationship with Huawei since the Chinese tech giant and 70 of its affiliates were placed on the U.S. "entity list" in May - meaning U.S. companies would need a license before doing business with it.

But we know now that, despite its recent slump, GOOGL is pointed nowhere but up.

And you can thank Huawei for that. Here's why...

Huawei Thinks It Can Compete with Google

In February 2018, the FBI Director warned the Senate Intelligence Committee about the risk of Huawei's inclusion in local telecommunication networks. The argument was that Huawei is "beholden to foreign governments that don't share our values."

The Pentagon banned sale of its phones on U.S. military bases that May.

This 5G Stock was already expecting a breakout... before the U.S. banned its competition. Now there is nothing stopping it from potentially dominating the tech sector. Click here to get it while it's still $6.

These are still only a few of the relationships that have either been strained or fully dissolved since the United States sanctioned the company.

Even after U.S. President Donald Trump's June announcement that American companies could begin selling to Huawei again, those relationships are less certain, at best.

An analyst told Fortune that Huawei's revenues "rely on U.S. companies in the short- and mid-term."

"It will take a decade for China to replace these capabilities," he said of the semiconductor companies that have stopped supplying Huawei.

Huawei might have seen a "patriotic boost" in sales the week of Aug. 5, but TechCrunch reports that it's uncertain whether the Chinese company can maintain its sales numbers without the U.S. components contributing to "59 million smartphones in the last quarter and total revenue of $107.4 billion in 2018."

A "patriotic boost" can only take the company so far. Losing its U.S. prospects cuts into Huawei's global distribution for good.

Huawei's claim that the world needs its 5G services is also suspect. Vinod Nair of Delta Partners told CNBC that companies like Nokia, Ericsson, Verizon, and AT&T "have the scale to ensure that the U.S. is fully catered for."

So, with the current picture, Huawei seems to be spiraling - but doing everything in its power to hide it.

That's no more evident than in the rollout of Huawei's Hongmeng operating system, which has culminated in its biggest mistake yet - turning Google from an ally to a competitor.

Why Huawei Can't Compete with Google

The Google-Huawei relationship was once thought to be mutually beneficial.

Huawei relied heavily on the Android operating system (OS) to power its phones.

The companies were reportedly at work on a "smart speaker" together.

It's even rumored that Google had workspaces for Huawei employees at one of its U.S. campuses.

But when U.S. sanctions hit, it became a question of just how mutual the relationship actually was.

Huawei said it could function without American tech. It even insisted the opposite, that sanctions on Huawei would leave the United States "lagging behind in 5G deployment."

The company had gone even further to say it had its own smartphone OS ready. It would allow Huawei to dissolve its reliance on the Android OS if necessary.

On Sunday, July 7, Huawei CEO Ren Zhengfei followed up these claims to say that the forthcoming Hongmeng OS was "likely faster than Android."

Then, on Monday, August 5, China's state-run media outlet Global Times announced that the Hongmeng OS would be available for smartphones later in the fall.

But this information simply doesn't align with Huawei's previous statements about Hongmeng.

On July 12, Zhengfei admitted to French magazine Le Point that Hongmeng was not even close to being an Android replacement.

News followed that the OS had a long way to go before even being installed on a phone.

"[Huawei hasn't] decided yet if the Hongmeng OS can be developed as a smartphone operating system in the future," Liang Hua, Huawei chair, told TechNode.

And only a week later, Hongmeng was supposedly ready for smartphones.

Just like that, the company now plans to unveil its new Hongmeng OS on Aug. 10 (Saturday).

But we have plenty of reason to believe it will flop.

Of course, one big red flag here is Huawei's conflicted messaging around this topic.

It might be that Hongmeng is also significantly inferior to Android. TechCrunch reports that it is "clearly far less robust than Android in its current state."

And that's only part of this huge opportunity to invest in Google stock.

In fact, Google stock shot up 9.8% the week after Huawei announced that it didn't have a replacement.

It's like the market knew, long before Wall Street or the media, that Huawei definitely needs Google.

Now, imagine what your Google investment will do once this is confirmed. We're thinking it even has the potential to shoot past that 57% analyst target.

And we know this because our proprietary Money Morning Stock VQScore™ formula gives it a sterling 4.7.

That means it's a top breakout candidate. And that's almost unheard of for a FANG stock like this one.

But here's ultimately why this longtime blue-chip stock is still a 57% gainer...