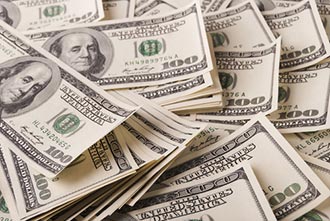 According to the broadcast, everyday investors are now able to access a "secret market" that can help transform a small amount of money into millions.

For most of history, angel investing was a private market exclusively for the rich and powerful.

That all went out the window when Congress passed the JOBS Act.

It had a specific clause in it - Title III - that changed everything.

It instantly, like that, made 240 million Americans eligible to become angel investors.

Basically, anybody over the age of 18.

What's wild is that the vast majority of people have no idea this happened.

They're missing out on one of the greatest drivers of wealth creation that's ever existed.

It really has become a craze.

And that's just in the United States.

You start adding in Europe and Asia, and you're over $204 billion.

But even with all of this buzz, a lot of folks still aren't exactly sure what it means to be an angel investor.

Or how to become one.

We're going to talk about how much more lucrative it can be to back startups versus stocks.

And how easy it is to get started.

There are so many stories of people launching startups in their garages or basements that go on to become worth tens of billions of dollars.

He had about 20 angel investors at the beginning.

If they held on to their shares, last year they would've each made $7 billion.

Reid Hoffman started LinkedIn out of his apartment.

His startup went from being worth roughly 10 million to $26.2 billion.

Click here to learn more about getting started - and how you can unlock the incredible potential of angel investing...