The Dow Jones Industrial Average will lose more than 240 points today as investors fret over the latest round of U.S. tariffs on China.

While markets continue to monitor earnings and the Trump administration's trade policies, I expect a lot of chatter about tariffs and negotiations. However, there are several other key stories that too many people are ignoring this morning. Let's dive into those and find ways to profit on Tuesday morning.

Here are the most important market events and the stories that I'm following right now. 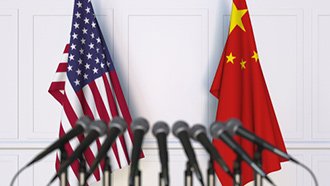