The rich just keep getting richer.

Saudi Arabia has been prepping for the ultimate IPO of its state-run oil industry. According to the company's prospectus, the Saudi Aramco IPO could take place in December, with shares being priced on Nov. 17.

Selling shares of the oil giant will bring in billions for Saudi Arabia, putting an impressive trillion dollars on the value of the company.

As always, those buying shares in this hot IPO won't be the ones getting rich. It will be those selling shares that reap the rewards. 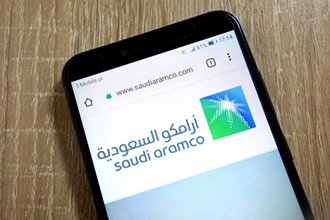 But there is a sneaky "backdoor" that will pay off in a huge way for investors.

Think about what Saudi Arabia is planning to do with all those billions of dollars raised.

Those proceeds will fuel massive investments in other industries as Saudi Arabia diversifies its economy away from being solely reliant on crude.

The biggest winner is going to be the solar industry. Here's why…

Saudi Arabia is sitting on 268 billion barrels of oil reserves as of the beginning of 2019.

While that number is 2 billion more than what was reported previously, such reserves will not last forever.

At some point, Saudi Arabia will run out of oil. And the Aramco IPO is the first step in planning for that future.

And where better to start than the sun-drenched deserts in its territory.

It's an obvious move for diversifying the Saudi economy. Best of all, it's stated directly in the Aramco IPO documents.

Proceeds of the Saudi Aramco IPO will be used to implement the Vision 2030 plan.

A huge component of Vision 2030 includes renewable energy via solar power and a desire for Saudi Arabia itself to be less oil dependent.

Imagine the opportunity for solar companies to fill that gap and do so with the proceeds of what will be the biggest IPO on the planet.

Clearly the Aramco IPO will be a trigger for the solar sector making today, before the IPO, an excellent time to open a position.

That's why we're bringing you this solar stock to buy today…