You don't hear about Sony stock nearly as often as you should.

As a global conglomerate with its hand in microchips, film production, music, and consumer electronics (via its PlayStation and TVs), Sony is a household name with a long history of success. 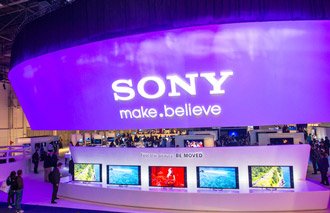 But in the investing world, Sony Corp. (NYSE: SNE) takes a back seat to a host of much larger rivals in the diverse sectors in which it operates.

In fact, there's a lot to like about Sony stock...

Sony Is a Global Powerhouse

People the world over know the Sony brand. It's among the top 100 brands in the world (ranked 56th by brand consultancy Interbrand).

Here's a snapshot of Sony's varied operations and how much each segment contributed to the top line in the 2019 fiscal year, which ended March 30:

Three segments in particular are poised for strong growth this year. They happen to be the three biggest contributors to Sony's bottom line: image sensors, music, and gaming. Together, these three make up 44% of Sony's annual revenue and 70% of its operating profits.

Sensors: In its most recent quarter, Sony saw profits for its imaging sensors rocket by 59% to an all-time record. The reason behind the surge is rising demand from smartphone makers like Samsung Electronics Co. Ltd. (OTCMKTS: SSNLF), Apple Inc. (NASDAQ: AAPL), and Huawei Technologies.

In the arms race to offer fancier features in their high-end models, the smartphone makers are adding a third camera. That's boosting Sony's sales of sensors now. But demand will continue to rise as the triple-camera setup migrates to the mid- and low-range product lines.

The outlook for its imaging sensors is so good that in October, Sony raised its earnings forecast for FY2020 by 4%. Sony has more than half of the global image sensor market.

Gaming: Anticipation of the PlayStation 5 has hurt Sony's gaming sales this year as customers await the new model. But Sony is set for a surge in profits after the PlayStation 5 debuts just before the December holidays in 2020. The PlayStation is the best-selling game console of all time.

Music: Sony Music revenue rose 10.5% year over year in the most recent quarter, but the key here is in the underlying trends. While physical music sales (CDs and vinyl) and downloads have mostly been flat, streaming revenue is exploding.

Streaming revenue was up 21.4% in the last quarter alone. Sony is so optimistic about growth in this segment it raised its revenue forecast for the current year by 2%.

The publishing side of Sony Music is benefiting from last year's acquisition of EMI, which doubled that unit's operating income. Sony expects music publishing revenue to grow at a rate of between 5% and 7% over the next three years.

And yet the market is shortchanging Sony stock right now. According to Money Morning Executive Editor William Patalon III, Sony shares are undervalued by as much as 60%.

It all has to do with how the market perceives Sony's diversity...

Why Sony Stock Should Be Worth at Least $100