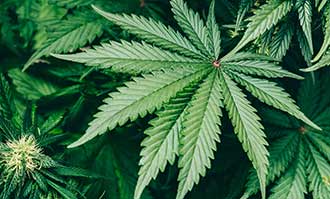 Each week, we try to help you identify the best way to cash in on cannabis legalization efforts.

Though we're seeing disappointment on the federal legalization front this week, there's plenty of movement at the state level… and in professional sports.

This is fueling a marijuana legalization wave that's going to send cannabis stocks through the roof. But we'll start with the bad news…

The U.S. Congress is putting the final touches on its Fiscal Year 2020 spending legislation known as an appropriations bill. Many House Democrats failed to get a number of marijuana-related provisions attached to the spending legislation. This included protections for state and tribal cannabis programs and a proposal to shield banks that provide services to marijuana companies. There is also chatter that the bill could have a provision to block Washington, D.C. from having its own legal cannabis sales program financed by its own local tax dollars.

Marijuana advocates are blaming the Senate for this turn of events. In an interview, National Organization for the Reform of Marijuana Laws (NORML) Executive Director Erik Altieri expressed disappointment that Congress "continues to ignore the will of constituents on this important issue." He suggested voters in favor of legalization were being "treated as a bargaining chip in spending negotiations when justice and liberty were at stake."

The last-minute cuts come at a time that Americans are open to legalization of cannabis. A recent Fox Business News survey of 1,000 adults showed that 63% of respondents support legalizing cannabis as a recreational drug on a national level. Just 34% oppose that idea.

Meanwhile, a Marist College poll surveyed 1,744 Americans. It found that 62% of Americans believe that legalizing cannabis is "a good idea." Just 33% of respondents thought legalization is a "bad idea."

Things Are Still Good at the State Level

While federal politicians ignore the inevitable, states are letting the voters decide.

The latest state to allow a referendum in 2020 will be New Jersey.

On Monday, the state's supermajority of lawmakers passed a provision that will allow for a vote on legal recreational marijuana next fall. The Democrat-led Assembly passed the vote 49-24. The state Senate passed it 24-16.

According to terms of the provision, the state would only allow cannabis sales to buyers 21 or older. It would be subject to the state's 6.625% sales tax and allow local towns to tack on their own taxes. An approval would make New Jersey the 11th state (plus Washington, D.C.) to legalize recreational cannabis.

That means you're going to want to get in on the marijuana industry before its blasts off.

For information on cannabis investing, Greg Miller at the National Institute for Cannabis Investors has had a pulse on the cannabis industry all year.

Now, let's check out what's happening with marijuana in the sports world…

One of the big stories that slipped under the radar this week came from Major League Baseball. The sports organization has removed marijuana from its banned list of substances – for minor league players only. This was a significant development given the fact that players had previously served suspensions for using cannabis.

While the development is significant in the game of baseball, the next question is whether this sort of policy will extend to the National Football League. This week, both Dallas Cowboys owner Jerry Jones and New England Patriots quarterback Tom Brady said they expect that the NFL may soon change its policy around marijuana.

Sports journalists have told countless stories about drug suspensions around marijuana in recent years. But they have also explained the positive medical benefits for the body's recovery in a hyper-physical game. With many players suffering from injuries, marijuana is naturally a better pain reliever than traditional opioids, which have shown very addictive qualities and impacted the lives of many players after their careers in the NFL.

Given the NFL's impact on the social culture of the United States, a more open-minded approach may reflect the increasing adoption and acceptance of cannabis as an alternative medication. These policy changes mirror the ongoing shift among Americans who are now using cannabis to treat sleep disorders instead of over-the-counter sleep medications.

A new study from the University of New Mexico and California State Polytechnic University has shown that fewer people are purchasing sleep medications when they gain access to legalized cannabis.

America's 1% Are Converging on the Next "Gold Rush"

The Fortune 500, big investment firms, and the Wall Street elite are all pouring billions into a new agribusiness market.

Vanguard, Credit Suisse, and RBC were behind an IPO in this industry that shot up 659% in under one year…

And Goldman Sachs, Black Rock, and Morgan Stanley lined their pockets with a whopping 3,813% profit…

But the biggest gains are yet to come. As medical research in this area trucks on, this could become a $1 trillion global industry. Individual investors could become millionaires practically overnight.

I know the numbers are big, but the research backs it up.