But it won't happen automatically.

You'll need to keep an eye on one specific trigger...

What War with Iran Means for Oil Prices 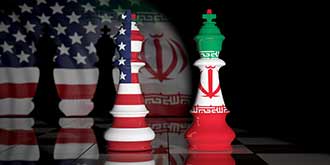 Oil prices are up and stocks are down today - the Dow plunged 300 points this morning - for one simple reason: uncertainty.

We simply don't know what's going to happen next, but traders know something will happen.

And when we're talking about a region that produces nearly 40% of the world's oil, the stakes are high.

You see, Iran has already been using the chaos in Iraq after the American invasion to expand into its historic rival's territory. The two countries went to war in 1980, killing hundreds of thousands of people and destroying over $1 trillion between the two countries. And it sent oil prices skyrocketing 110% higher between March 1979 and June 1980.

That history helps explain why a powerful Iranian general was killed in an air strike at an Iraqi airport yesterday.

But a conflict between Iran and Iraq could be much different this time: The United States will be directly involved. Iraq relies on the United States for protection right now, which means a repeat of 1980 is unlikely.

While the Iranian army is the biggest in the Middle East, the U.S. military is still the world's premier force. That makes a traditional war between Iran and the U.S. a lose-lose proposition for the Iranians.

But Iran can still retaliate against the United States.

Over 25% of the world's oil and 33% of the world's natural gas passes through the Strait of Hormuz. This is the only sea route between the Persian Gulf and open waters, and its shipping lane is a mere two miles wide at its narrowest point. Iran could close off this shipping lane by attacking oil tankers passing through or laying mines across the passage.

That would create a global energy crisis and send prices soaring.

In fact, Money Morning Global Energy Strategist Dr. Kent Moors predicts oil prices would surge 10% on the immediate news of Iran closing the strait and could soar if the conflict continues. Remember, oil prices doubled the last time Iran went to war, and this could be even worse.

But you don't have to sit idly by. You can get ahead of the storm and make money, especially if you see Iran moving to close the Strait of Hormuz.

We have three ways to do it...

Do you really think Iran will be allowed to close the straits? I don't think countries in the region would stand for it and the US won't

Beware the weapon we can’t see coming.where did it come from,who do we attack?