The media loves bad news. It's no wonder making recession predictions is big business. It seems like you're always seeing someone on TV predicting a market crash or recession.

So how do you know when to take the risk of recession seriously?

The reality is no one can predict the timing of a recession or market correction with any accuracy, but there are some warning signs to pay attention to. 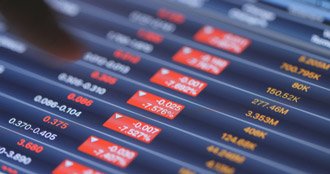 One of the most popular arguments says the bull market is already the longest on record at nearly 11 years, so either all the easy money has been made or it "has" to be coming near its end. In other words, the economy has reached the end of its up cycle. And because the bull has run for so long, the inevitable bear market could be worse than usual.

That might sound compelling, but just because something hasn't happened in a long time doesn't mean it has to happen soon. The bull market could power on for another decade for all we know.

But you might dig in a bit deeper and see rising oil prices and a slowdown in productivity thanks to the trade war. Those are more concrete signs the economy may be slowing. Of course, the trade war could end, kicking manufacturing back into gear.

Then there's last summer's inverted Treasury yield curve. History shows that once it normalizes again, a recession is likely to follow within 15 months.

That's likely why a survey of economists by Bankrate shows a 55% probability of a recession in 2020. Even well-respected economists like Ed Yardeni are saying a 10-20% correction is possible this year, too.

That doesn't mean a recession is going to happen, but the evidence is starting to pile up.

If you are the least bit worried that stocks are ripe for a pullback thanks to recession risk, here's what to do...

How to Protect Your Money from Recession Fears

I like IAU better. Follows the same pricipal as GLD but the expense are 0.4 cheaper.