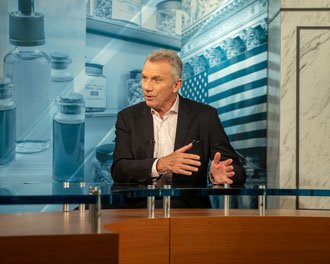 Here's something you may not know about Joe Montana.

After he retired from football, he started another career.

He launched his own investment fund. And he's been extremely fortunate.

He's invested in a handful of unicorns either through his fund or personally.

Others weren't exactly household names. They stayed private and exceeded his wildest expectations.

And he has a couple more in his portfolio he thinks could reach that billion-dollar milestone soon.

However, when he started researching the cannabis industry...

This holds more promise than anything he'd been involved with before.

Which is why he's been making some significant investments.

It goes without saying that there are risks and there are challenges that come with investing in cannabis.

That's why the upside is off the charts.

Now, he's teaming up with Mike Ward, the founder of the National Institute for Cannabis Investors (NICI).

NICI went out and united the major CEOs, political heavyweights, the leading medical and policy experts - not to mention the most successful cannabis investors - all under one roof.

They realized there are millions of Americans seeking a credible source for straight talk on the opportunities and the risks present in this industry.

That's why Joe wanted to join the National Institute for Cannabis Investors.

Today, NICI is giving you a simple-to-follow roadmap. It's designed to help you become a successful cannabis investor.

Billions of dollars are flooding into this market.

Then we'll drill down and identify what they see as the most promising investment opportunities.

And just as many have come crashing down.

So they'll reveal the three most important numbers to check before you invest in a cannabis stock. It just takes a second, and it could help you pick the winners from the wannabes.

And that's just the start.

You'll learn how you can walk away with a list of the Institute's top 10 cannabis stocks to target immediately.