Pundits of every stripe thought the U.S. Federal Reserve was out of ammunition to keep the economy afloat while the world battles the coronavirus.

However, over this past weekend, the Fed pulled out all the stops. The Fed launched everything from zero-percent interest rates and a trillion dollars in support to money markets to "QE Infinity" to $300 billion in direct lending programs for businesses. All that's left to throw at the economy is the kitchen sink. 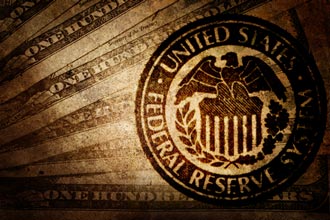 Wall Street liked what it saw. At first. Stocks bounced up on the news before sinking into the red by yesterday's close. But there's an even bigger problem.

The problem is that once the economy gets back on track, all that liquidity sloshing around is going to be competing for a home, whether it be in catch-up manufacturing, worker hiring, or capital investment. And if you believe what you learned in economics class, that is going to stoke the flames of inflation.

This does not even take into account the multitrillion-dollar stimulus plans now battling for congressional approval. All told, that's over $4 trillion in liquidity in a $19 trillion economy, based on 2019 GDP.

This is a dizzying amount of money being thrown around as this crisis has taken a toll on the stock market and economy.

This cash might save the economy from going under now but cripple it later.

Money Morning Capital Wave Strategist Shah Gilani argues this is going to lead to inflation that the Fed won't be able to control and will be the cause of some big financial problems later.

The Good, the Bad, and the Ugly: Shah's Coronavirus Roadmap Shows You What Comes Next

Unlike most government officials, the Fed does not have to run its ideas through Congress. There is no debate between Republicans and Democrats because the Fed can essentially print as much money as it wants to fight whatever threat it sees.

And the Fed has made it very clear that it will keep doing whatever it takes to "save" the economy.

Here's what we could be looking at…