We've seen it all before. A positive headline sends stocks rallying, only to see them tumble down to new lows. 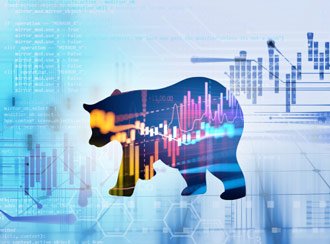 It happened when the Fed's emergency rate cut dropped interest rates to near 0% on March 3. The Dow popped 5% higher over the next two days. Stocks slid another 30% since then.

It happened again after U.S. President Donald Trump declared a national emergency on March 13 and reassured Wall Street the federal government would put its weight behind an effort to stop the spread of the virus. The Dow surged 1,900, then its biggest point rally ever. The very next trading day, markets fell by 13%, their biggest one-day point loss ever.

And it's going to happen this time too.

You see, this is all part of a pattern after a stock market crash. Short-lived rallies collapse into lower lows.

Take a look for yourself and find out what's coming next...

The biggest up days in stocks have happened during the worst market crash periods in history.

These are the top 10 largest daily percent gains in the Dow. As you can tell, they've all come in the bear markets that followed a major stock market crash. That includes Monday's furious rally.

A major rally like we've just witnessed isn't the end of stock market crash; it's actually a sign that we're smack in the middle of a bear market.

Reuters reports the S&P 500 has more 8% rallies during bear markets than during bull markets.

It's simply the reality of a dramatic drop in stock prices after a market crash that big rallies are easier to come by. And they disappear just as quickly. After the two double-digit jumps in 2008 in the table above, stocks fell for five more months afterwards.

Bear markets last about 14 months on average too. The recovery from a market crash could take years.

Now isn't the time to get complacent just because stocks have strung together a few positive days. Wall Street liked the stimulus package, but big rallies lead to bigger losses during bear markets.

Here's what to look for before the next bull market can start...