There have been many boxers that entered the ring with just a puncher's chance. They weren't the best students of the sweet science, and they often took a lot of punches from more skilled opponents. But if they made good contact during the fight, they could beat anybody. 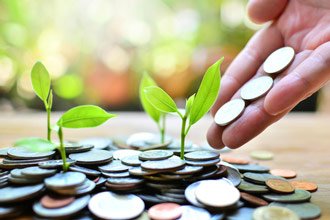 Penny stocks are the big punchers in your portfolio. Maybe they don't have all the flashy traits of bigger companies, but they have the chance to outgain any of them.

And one of the best ways to find these contenders is to look for turnaround stocks. These are companies that have already shown they have knockout power; they're just getting off the mat right now. You can find them trading for under $5 a share even though their past highs are much higher than that.

Low-priced turnaround stocks are the big punchers of your investment portfolio. They will get knocked around and be fairly volatile in the early stages, as all the news appears to be awful. But when they pull themselves together and get the business back on track, you can be looking at gains of five, 10, and even 20 times what you paid for your shares in a very short period of time.

To help you find these contenders, we've done the research and found three penny stocks under $5 that have a puncher's chance to be the biggest gainers in your portfolio...

The Penny Stock Fighting the Coronavirus

Opko Health Inc. (NYSE: OPK) is a company that has seen its fortunes reverse over the past several years. The stock was as high as $18 just five years ago, but the shares have sunk to under $2 recently as business just has not taken the hoped-for path. They have continually missed analyst estimates for several years, and the analysts have punished the stock.

Opko is an interesting mix of businesses. BioReference Labs is a clinical laboratory company that offers laboratory testing services. They are even doing coronavirus testing. Right now, Opko is processing tests for New York State Department of Health, New York City Health and Hospital Corporation, the State of New Jersey, the State of Florida, and the cities of Detroit and Miami. Opko is also processing testing for all the Rite Aid stores around the country.

One Crazy Question, One Crazy Windfall Opportunity: What If You Can Profit from the Internet? Details Here...

Other products offered by BioReference include GeneDx, a rapidly growing genetic testing business; the 4Kscore test is used to assess a patient's risk for aggressive prostate cancer following an elevated PSA, and Claros 1 is a point-of-care diagnostics platform with a total PSA test approved by the FDA.

The pharmaceutical division has several drugs on the market too, including one for secondary hyperparathyroidism in adults with stage three or four chronic kidney disease and vitamin D insufficiency that is selling well. This division also makes nutraceuticals and products for the veterinary market.

The moving parts here seem to be worth a lot more than the sub $2 price that exists now. However, the company has never seemed able to get it all together at one time, and costs have continually been higher than they need to be. If they ever do get everything to mesh, the stock could quickly shoot back to that $18 level and beyond.

Opko has one big plus going for it right. Founder and CER Phillip Frost is a medical doctor who has found two pharmaceutical companies, Key Pharmaceuticals and Ivax Pharmaceuticals, and eventually sold them for massive gains. He buys hundreds of thousands of shares of Opko Health every month in the open market and currently owns over 189 shares of the company, so he is clearly betting big on something similar happening again.

This Tech Stock Is Getting Back Off the Mat

When it was known as Research in Motion, the company made a smartphone that was on the top of everyone's must-own list for some time.

Blackberry has taken all it learned in the smartphone business to the cybersecurity business in a big way. Blackberry offers products for critical areas such as artificial intelligence, endpoint security, and management, encryption, and embedded systems.

If the transformation is successfully completed, this stock could explode back to levels several times higher than the current quote. In this situation, the coronavirus may help the company begin to achieve the results needed to make the stock do that as demand for security products that allow people to work from home has exploded.

Analysts believe this stock could jump 64% higher in the next year, but that could be underselling it.

But our best penny stock today has even more upside potential...

This Penny Stock Trades Under $5 but Could Reach $25

I’m new to the stock market. Thanks for info. Appreciate the suggestions.