It has been a little more than 10 years since Zynga Inc. (NASDAQ: ZNGA) came onto the scene with its hit game Farmville. 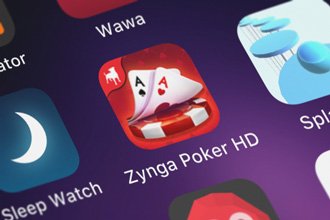 Back in 2009, it reached 10 million daily active users (DAUs) within six weeks, and in a few short years, its monthly active users (MAUs) was getting ready to cross 300 million. It was hard to find a Facebook user who wasn't getting a notification regarding the game. Zynga was taking the world by storm as the social media platform Facebook was in hypergrowth. Users were looking everywhere to find casual and social games to play, and smartphones had yet to take hold. In 2010, smartphone penetration was only 20%, a number that would grow to over 50% in four years.

But just as fast as its parabolic rise, it fell hard. Users, revenue, and stock price all cratered. In the course of six months in 2012, its stock dropped over 80%. Zynga struggled with new games, monetization, and the shift to mobile, where the number of competitors grew rapidly.

For years, Zynga grappled with ups and downs until it took on a new CEO in 2016. Mark Pincus would step down as CEO and Frank Gibeau, 23-year executive at Electronic Arts Inc. (NASDAQ: EA) and head of EA mobile would take his place. Over the next few years Zynga would acquire and develop new games and start its return as a top mobile game developer.

Ten years later, Zynga is still here and stronger than ever, and even set to release the third title in the series. But that's not all Zynga is anymore. They have over 40 mobile games from Words with Friends to Zynga Poker, and over a dozen Facebook games.

That's setting it up to be one of the best video game stocks you can buy today...

Is Zynga Stock a Good Buy?

Zynga has been on a role since earnings on May 6, where they reported revenue growth of 52% year over year. While they were not profitable during the quarter due to payouts to acquired companies that hurt the bottom line, more of that revenue will be recognized in future quarters based on deal structure.

Zynga also recently announced the acquisition of Peak Games for $1.8 billion. This is where things start to get interesting and will help them to return to profitability.

This is the largest deal they have ever done - and one that should add long-term upside to the company. Not only will they instantly add roughly $700 million to 2021 gross bookings, but they will get two top ranking puzzle games, a 100-person strong team, and 12 million daily users. A sizeable acquisition like this will give them new properties to advertise on and with such a big audience, they should be able to cross-sell all of their other games. To put that user number in perspective, that would bring Zynga's daily users up from 21 million to 33 million if there is no overlap.

Two great things about this acquisition is that Zynga already knows what this company can produce as it previously acquired its casual card game studio. Secondly, the deal was done with half cash, leaving Zynga with plenty of money for future acquisitions.

While Zynga still has its work cut out for it, the path to profitability is clear. Stay-at-home and work-from-home will continue to benefit the current video game friendly environment. And while this initially hurt advertising revenue, this should come back strong as advertisers see how much time is being spent on mobile games. Its acquisitions and current catalogue of strong performers along with upcoming games such as Farmville 3, a Harry Potter matching game, and Puzzle Combat, should set them up for the future.

Working from home, telemedicine, and even online grocery shopping are trends that've been here for years without causing any problems... until February.

That's why the FCC had to step in - and their $10 billion initiative could translate to a huge payout because of it.