COVID-19 has reared its ugly head once again.

The number of cases here in the United States is spiking, and some states are seeing rapid growth in the number of new positive coronavirus tests. 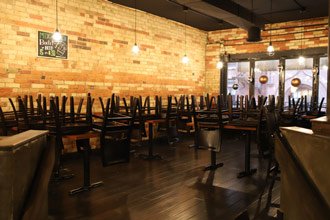 Several states, including Arizona, Texas, and Florida, are closing bars down once again. Arizona has also closed gyms, movie theaters, and water parks for at least 30 days to attempt to slow the spread of the virus.

Beaches in some counties in Florida were closed on the Fourth of July. So were beaches across the country in Los Angeles. Fireworks displays were canceled all across the nation to try and halt the spread of coronavirus.

We may want to be done with the virus, but it is increasingly evident that it is not done with us.

As is the case with everything in the United States today, there is some disagreement about why the virus spread has accelerated. Some say it's simply a function of more tests. Others blame it on the protests in most American cities a few weeks ago.

The opening of bars and churches also get blamed for the spread. The lack of people wearing facemasks and practicing social distancing also have a place on the blame spectrum.

In truth, it's probably a combination of all of these factors.

Whatever the cause, the virus is spreading again across a considerable part of the United States.

Some experts think we could get to a disastrous 100,000 cases a day before this peak.

We don't know how this plays out, but we do know there are some stocks you should probably avoid until we see signs of a reversal.

The lows in March and April this year served as an incredible buying opportunity since stocks have rallied 40% higher since then. But don't let the low share prices of these firms fool you.

Restaurants are going to take another hit I'm afraid. When the cost of dining out includes being exposed to a virus that has no cure, and if spread to older relatives could cause death, people are going to think twice before heading out for an expensive dinner.

Ruth's Hospitality Group Inc. (NASDAQ: RUTH) is a great company. Ruth's is consistently ranked as one of the best steakhouses in the country.

Just thinking about the smell of steaks broiling in that 1,800-degree broiler has me dreaming of when it will feel safe to go back out for a steak dinner with a baked potato and creamed spinach on the side.

But many Americans, especially older ones, are going to decide they do not feel safe with the continued spread of the virus. Social distancing guidelines already challenge sales and profits, and this sudden renewed rise in new cases is going to hit the company even harder.

There may come a day when everyone feels safe going out to eat, and then and only then will it be time to buy Ruth's Hospitality.

Take a pass on shopping malls as well. I know some mall operators have been opening back up in many states. Just because they are open doesn't mean people will flock to the stores. Malls were in trouble before the coronavirus arrived in the United States. It has only gotten worse.

Simon Property Group Inc. (NYSE: SPG) is the best in class mall operator. It has reopened most of its malls across the United States and expects the rest to open shortly. If the virus continues to spread, we could see a lot of these properties close again.

Even if they do not close, that doesn't mean that Simon will be able to collect the rent. Two of its biggest tenants, L Brands Inc. (NYSE: LB) and Gap Inc. (NYSE: GPS), are not paying rent right now. Many of its smaller tenants are hanging on by a thread and have been trying to work out rent relief or payment plans to keep their doors open.

A lot of them are going to go bankrupt, and that rent will never be collected.

Simon has $3.5 billion of cash available right now and another $5 billion of credit lines to help it survive. Surviving is one thing. Seeing the type of revenue and profit growth that can drive the dividend higher is another. Malls are going to have a tough time of it as long as the virus is spreading.

When we have a vaccine, we can talk about buying Simon Property Group. Until then, the risk-reward is horrible. It just cut the dividend on Monday by 38%, and more cuts would seem to be likely.

Like every crisis in history, this pandemic will end someday.

Unfortunately, today is not that day, and that is bad news for some companies.

Investors should avoid buying them until the clouds have passed.