The Dow Jones today is flat as COVID-19 cases continue to rise across the United States.

The Nasdaq continues to barrel toward new records thanks to surges in Amazon.com Inc. (NASDAQ: AMZN), Microsoft Corp. (NASDAQ: MSFT), and Apple Inc. (NASDAQ: AAPL). Read on for more of what's moving the Dow today... 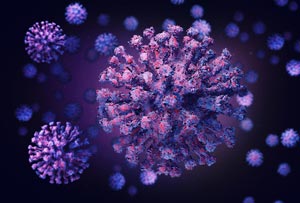 He used it to identify the moves all the big players were quietly making... putting him in the know weeks before others caught on.