Cell phones, garage door openers, police scanners, broadcast TV, and Navy radar systems all have one thing in common. They use one of the scarcest resources on the planet... spectrum. 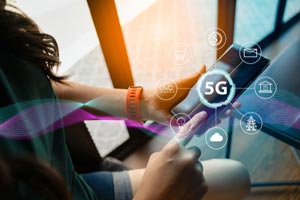 And for 5G stocks, things are about to get even more interesting...