You've likely heard lot about the so-called "smart money" on Wall Street from TV talking heads, somewhere online, or even your friends who think they've gotten in on a really good investment. 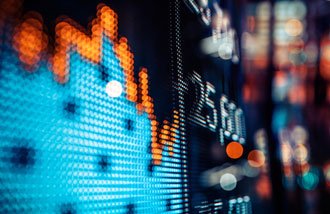 For good reason too. The smart money is one of the best stock market signals you can trade behind.

With their armies of researchers, expensive tools, quantitative analysts, and an entire network of insiders, the biggest players on Wall Street have more information at their fingertips than any of us regular guys and gals could ever hope to gather. Not only that, they put millions and millions of dollars behind what their research and expertise say. These are not TV talking heads saying "buy" one day and "sell" the next. When they trade, they mean it. Their business depends on it.

And these hedge funds and institutional traders aren't exactly going broke. They know what they're doing more often than not.

That's why there's a cottage industry of other professionals trying to figure out where the smart money will go next. It's why you hear so much about it.

But here's what they don't tell you on TV: Getting access to what the smart money is doing is very, very hard. You either have to be part of one of these institutions or fork over tens of thousands – if not hundreds of thousands – of dollars a year to get ahold of the real time data.

So how do everyday folks keep up?

How to Trade the Smart Money on Wall Street

Money Morning exists to help you make trading profitable. And that includes tapping into what the smart money is doing to build successful trades, especially on the options market.

Andrew Keene pays to access this elite data and uses his proprietary tools to track where the smart money is going. It's also giving his readers a chance to make a fortune.

The 5 Best Trades to Make: A whipsaw market is a trader's paradise – and our top trading experts just gave us the best trade recommendations to make right now if you want. Click here to get them for free…

The best part is it can work whether the market is going up or down – Andrew is confident where the smart money is heading next.

The real value is knowing where the big insiders are putting their money so that you can tag along on their trades. Perhaps they have determined that a company is about to blow away earnings estimates. They buy ahead of the earnings release at lower prices and probably when few people are looking.

Andrew is looking. And he'll be able to alert you so you can be there ahead of the post-earnings rally without having to chase the stock from behind. And by using options, you can turn small stock movements into big wins.

Andrew's proprietary S.C.A.N. system helps him find profitable trade recommendations to pass along to you.

Huge, crazy spikes in his data feed allow Andrew to instantly uncover insiders trading in real time so he can show you how to position yourself right alongside them.

When there's this much money at stake, people do what they always do: They talk. So special intel never stays a secret for long.

Whether it's hot information about a potential buyout, blowout earnings, or an FDA announcement, you name it, tons of restricted information gets passed around.

And the hotter the information is, the faster S.C.A.N. can help him spot trades that follow the money.

Take a look at the time Andrew's S.C.A.N. system instantly helped him spot five very large trade opportunities in rapid succession one morning – all of them for Pfizer.

They came in so fast it was all over in less than 14 minutes. And believe me, these weren't your everyday trades in Pfizer either.

Not by a long shot.

The orders were so huge it would normally take all of Wall Street 12 days to do the same thing these five investors did in 14 minutes.

What made it so unusual was that, at the time, Pfizer's was the most shorted stock on Wall Street.

So what did those five investors know? We can't say for sure…

But the S.C.A.N. system helped uncover their massive moves, and Andrew spotted the trade opportunity.

Mysteriously, his readers' investments could have soared 100% over the next four hours.

And his readers could have collected a 100% windfall.

Two days later, Pfizer hit the jackpot when it received FDA approval for Zirabev – a treatment for five types of cancer.

If you followed this trade the same time Andrew recommended it, you'd have turned every $1,000 invested into $2,000 in extra income that week in less than one day!

All by taking advantage of a move that 99.9% of investors never saw coming.

Andrew used to keep this information to himself.

Today, he's spilling the beans on his very best research so that you too can turn even the most volatile market condition into profits!