Roughly 96% of all rents were paid in U.S. multifamily REITs in August.

Today, we're going to show you a few of the best REITs to buy for a piece of that income. 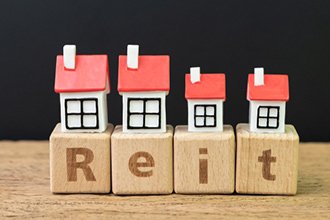 We see headlines all the time. Many Americans aren't paying rent right now.

The trend will get much worse if Congress doesn't act and send money out to the almost 30 million people collecting some form of unemployment benefits. The economy may be getting better, but it's not anywhere near pre-pandemic levels.

The Fed said it could take quite some time before we see a righteous recovery. And that's assuming we do not get another wave of the coronavirus. So, we have to be smart about how to approach REIT investment and identify the best way to ensure we can protect our principal.

REITs tend to be higher-end properties with more amenities for tenants. They also tend to have higher rents than locally owned complexes and buildings.

These properties tend to attract employees with better jobs. These are jobs that could be done on a work-from-home basis in many instances. That means these tenants stayed employed and paid rent on time.

Let's take a look at a few of the top residential REITs today...

Multifamily REIT with a 4% Dividend

UDR Inc. (NYSE: UDR) is a multifamily REIT that owns 51,320 apartment units in 21 coastal and Sun Belt markets. It does own some properties in cities like New York, Portland, and Seattle - many tenants are currently fleeing these cities. But it's unlikely that those fleeing are in the core 20- to 34-year-old demographic that is the core of the apartment market.

UDR also has apartments in smaller cities like Denver, Nashville, Tampa, and Orlando.

The property mix is 40% cities and 560% suburban right now, so they have all the bases covered.

Ninety-six percent of its units are occupied, and more than 97% of the tenants pay the rent on time.

The stock has to go up more than 40% to match the highs of earlier this year. Given that its rents are being paid, interest rates are still low, and it feels very little pain form the pandemic, there is no reason the shares should not climb back to that level.

Top REIT with the Most Upside

Most of those are the cities people want to leave right now.

Those leaving are not Sam Zell's tenants. Equity Residential has almost a 95% occupancy rate, and 97% of tenants are paying their rent on time.

Equity Residential owns some of the nicest buildings in its markets. I do not think it will see a considerable occupancy decline.

It also continues to recycle older buildings into new ones. It has been doing this for years and has used the cash for sales on several occasions to pay a special dividend to shareholders. In the most recent quarter, it sold two apartment properties, consisting of 655 apartment units, during the second quarter of 2020 for an aggregate sales price of approximately $384.2 million.

When the market realizes that this REIT will be fine, a return to the pre-pandemic share price plus the 4.2% dividend gives this REIT 12- to 18-month total return potential of over 60%.