Where is the stock market heading in the future?

One of the best answers I have ever heard to this question came from a colleague on television.

When asked for a stock market prediction, he replied, "It'll go up until it stops. Then it'll go down." 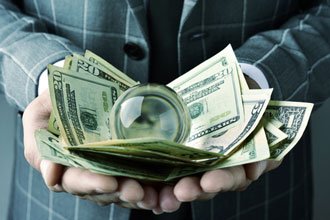 That's the most honest answer I've heard, because it's draped in a cloud of uncertainty.

By my measure, positive momentum returned to the market on Tuesday. But that could be very short-lived.

Although there is good reason to track bullish ETFs and growth stocks, any return could be temporary. There is an incredible amount of uncertainty given the market's detachment from current economic readings.

That said, here are some things to keep an eye on moving forward.

The market has been fueled by the generosity of the U.S. Federal Reserve since its March lows.

The Fed has made it clear that it will do whatever it takes to keep the economy afloat. Interest rates will remain near zero until at least 2023, according to the Fed's latest reports.

That's going to be good for the stock market, in theory. Low interest rates force money into the markets and raise valuation levels.

As the old saying goes, don't fight the Fed.

There are also a few bullish signals from the S&P 500 currently.

In the short run, I would not be surprised to see a rally after last week's selling pressure. The S&P 500 remains above the 200-day moving average, so the long-term technical picture is still bullish.

We appear to be bouncing off the 50-day moving average, which has served as price support this week. That is also bullish.

It's pretty much the same picture for the Nasdaq Composite. The tech-heavy index is bouncing off the 50-day this week and appears headed toward another breakout above the 20-day MA of 11,363.

However, as I noted, a lot can change in a flash. If you are trading the indexes, you'd better use tight stops. I think the market is still underpricing the possibility that we see a Democratic sweep of Congress and the White House, followed by the nuking of the filibuster. Such a political shift would fuel the elimination of tax cuts and lower valuations by a solid chunk.

But I'm still uncertain how to even measure the exuberance of this market rally against anything that would be considered normal. We have more volatility right now than in what we used to call "normal markets." Robinhood has added over 23 million new accounts this year. Many of these accounts are new to the stock market and treat trading like a video game.

One person trading a few hundred dollars of a stock can't move prices around.

But 13 million with $1,000 would-be Wall Street gunslingers can push prices all over the place...

We saw the power of the small and uninformed in June when shares of bankrupt and worthless Hertz Global Holdings Inc. (NYSE: HTZ) surged 500% thanks to a horde of small speculators piling into the stock.

The video game trades have added an element of uncertainty that makes even reliable technical and fundamental indicators a little less reliable right now.

We also need to realize that, in some of the more popular tech stocks, valuations are approaching 1999 levels.

Zoom Video Communications Inc. (NASDAQ: ZM) is a wonderful company and has made our lives a lot easier since the pandemic arrived. Without the higher bandwidth levels that made video conferencing possible, we would have seen a lot more businesses fold in the last six months.

Zoom and other video conferencing apps may have helped us avoid a depression.

Does that mean it is worth 80 times sales and 515 times earnings?

Probably not. There is no massive barrier to entry for other established tech companies to be in the video conferencing business. And historically, companies trading at those levels face a reckoning with a reset.

We could repeat this thought exercise for the most popular tech stocks and reach similar conclusions.

At some point, the market will reset valuations. That could involve some painful selling.

We also have to keep in mind that the virus is playing an enormous role in the stock market's future performance. If we get a vaccine, the world can get back to business as usual.

That should be good news for stock price.

If we see a second wave of coronavirus cases in the winter and there is no vaccine, that could be horrible for the stock market.

Israel had to close its economy last week due to new wave of coronavirus infections. Its stock market plunged in the weeks leading up to the closure as investors reacted to the climbing number of cases.

We could see something similar in the United States if we have a second wave.

In the short term, the technical picture is bullish for now.

Given all the uncertainty that exists, that can change quickly.

The conclusion is the honest one: Stocks will go up... until they stop. Then they will go down.