Two of the most highly anticipated tech IPOs in 2020 began trading on the New York Stock Exchange Sept. 30 (Wednesday). Palantir (NYSE: PLTR) and Asana (NYSE: ASAN) both went the direct listing route, which means they made existing shares tradeable on the public market rather than creating new ones. 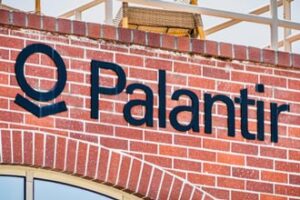 The benefit of this is that the companies don't have to undergo the added legal scrutiny that comes with creating new shares. That makes it a faster process, and it keeps current investors happy, since their share prices aren't diluted by increasing their supply.

Palantir and Asana are both seen as Silicon Valley "unicorns," but there are stark differences between the two, as far as what they do, how developed they are, and which is the better buy for investors.

Let's talk a bit about each stock and then get into which one is more promising.

The Case for Asana Stock

Asana provides cloud software to help employees track the status of their work. You could compare this to tools like Monday.com, which is a central hub for coworkers to update the status on different projects.

Technology like Asana's is becoming increasingly valuable in companies across the world. More people are working remote, and getting a status update often is no longer a matter of tapping a colleague on the shoulder.

But this is not just a COVID-19 matter. In fact, remote work is said to have increased by 44% in the last five years.

Asana's claim to fame is that it was founded by Facebook cofounder Dustin Moskovitz. This is a bigger deal than it may sound, as there are many companies competing for dominance in the cloud computing market. Whoever is able to take charge will be riding a 212% pop in the cloud industry between now and 2025, from $266 million up to $832 million.

The value of name recognition could go a long way for Asana stock.

As of now, the company is not yet profitable. This is fairly common for a new tech IPO. But where Asana is promising is in its revenue growth.

These young companies will typically assure investors by telling them that the cash burn has gone toward a good cause. Asana has done just that, saying it has made "significant investment" to develop and commercialize its cloud platform.

The difference with Asana is that it has been able to back this up.

This can be chalked up to a COVID-19 spike in remote work. But it has also been an ongoing trend for years. Even if the pandemic goes away, remote work still appears to be the direction of society.

Palantir could be one of the most controversial businesses in the world right now. "Lord of the Rings" fans would have a hint as to why.

The company makes data mining software for intelligence agencies. From a high-level view, it takes data from all over and "cleans" it up to make it useful for analysts. The software is meant to help law enforcement, military, and maybe even some marketing agencies, find their targets.

In fact, the company boasts that its tools were used to track down Osama Bin Laden. But they won't say more on that.

The "Palantir" in Tolkien's "The Lord of the Rings" is a little magic orb used by an evil wizard to peer through an all-seeing eye. It's literally an eye atop a mountain that sees all.

Before you dismiss it as "TMI" (too much information), the fantasy novel bit is vitally important to whether or not the stock is a buy.

An article published by NYMag has laid out a bunch of the nitty-gritty from Palantir's humble beginnings to now. The story points to a journey that sounds less than magical.

The reality seems to be that Palantir has an interest in making itself sound and look impressive to clients. It has worked for a while, but ultimately has disappointed many clients.

For starters, Palantir appears to have strong-armed its way into its government relationships. The company began by approaching individual soldiers to test out its product and spark demand.

Though many, even high-ranking officials, grew to be passionate about the Palantir, others claimed it was not much different from what the government had been using before. The only difference was that its interface was smoother and faster to use.

Functionally, it was nothing new. Like its predecessor, it still required a room full of people, or RFOP in government terms, to manually "clean" the data. This meant people consistently present around the clock, sometimes with sleeping bags under their desks.

If cosmetics won Palantir government contracts, that's no fault on it. But there is more suggesting the company's product might not be as in-demand as hoped.

Even its CEO, Alex Karp, has said that the company's commercial business has struggled. It was designing a platform geared toward financial institutions called Palantir Metropolis, but Karp called it an "unmitigated failure" when it couldn't find a market.

Buzzfeed News also reported later that Palantir's relationships with the NSA and CIA had soured.

Still, Palantir reportedly has contracts with the Air Force, Marines, CIA, FBI, NSA, DHS, and CDC. And it has one of the largest Department of Defense contracts at $222 million.

The company has 125 customers in 36 industries and 150 countries.

Maybe a "nice interface" does go a long way.

Should You Buy Palantir or Asana?