It's been such a big year for IPOs, you likely own one of these new stocks or are thinking about buying low. Today, we're going to show you which ones to buy and sell.

We told you to put the Monday.com IPO on your radar. Those who invested in Monday.com stock early are looking at a 120% return from the $155 IPO price to $342 today. 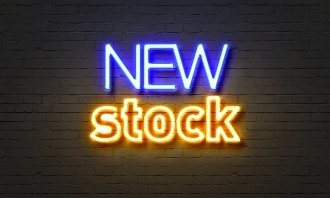 Monday.com Ltd. (NASDAQ: MNDY) is still a new stock with plenty of juice left. The productivity company will play an increasing role in business as companies go remote.

Though, it's understandable if $342 seems like too high an entry point for Monday stock. That's why we're going to show you a few other IPO stocks still worth buying in 2021.

Again, this was a monster year for the IPO market. More than 250 IPOs have priced so far - beating 2020, which was also a record year at 218, according to Renaissance Capital.

Additionally, at least nine of those stocks doubled from their IPO prices after going public.

Now, these successful IPOs tend to be the exception, not the rule. Often, IPO shares don't get the market demand they expect. Other times, they get more demand than warranted, and the shares crash. A shining example of this is Lyft Inc. (NASDAQ: LYFT), which fell from $78 to $21 in the year following its IPO.

So, let's check in on the year's IPO stock highlights - the flops and the ones still worth buying.

We'll cap it off with probably the most exciting new stock to buy this year...

No Gains for This Gym Stock

F45 Training Holdings Inc. (NYSE: FXLV) fell from its $16 IPO price to $13.52. The stock was one of the earliest to trade on Robinhood's IPO Access platform. That meant Robinhood users could buy it ahead of the July 7 IPO date.

We said this stock was likely a flop, and unfortunately, it could not prove us wrong.

You see, F45 is a flashy company. It wants to emphasize a modern, innovative twist on working out - lots of hi-tech equipment involved. Actor Mark Wahlberg also founded the company.

And sure, the company appears to be growing for now, valued at $1.46 billion with over 2,000 franchises.

All things considered, however, you need more to win in the fitness industry. In fact, the hi-tech angle is exactly what could hold F45 back.

Its loss margin increased from $12 million to $25 million in 2020. Now, it's increased to $36 million. You could blame this on F45 being a young company trying to grow aggressively. But the way the fitness industry works, this is probably more than a phase.

It's simply hard to justify investing in a fitness niche over the long term. People move in and out of CrossFit, yoga, pilates, boxing, and more. Gyms come and go, workouts go in and out of style.

Plus, F45 has to compete with gyms like Planet Fitness, which are more generalized and don't need much fancy tech to keep their people around.

Ultimately, some new stocks will get old quick. Buying F45 is like betting the New Year's gym crowd will look the same by December.

So, we told readers to sit this one out. And if you didn't get the message, there's still time to let go.

We were excited about Didi Global Inc. (NYSE: DIDI) ahead of the IPO. Unfortunately, this stock took a big hit, nearly losing half its price as it fell from $14 to $8.33.

Everyone was calling this company the "Uber of China." More than that, Didi was poised to transform the entire Chinese transportation infrastructure.

This might still be in the works. The plan is to connect Didi's autonomous cars with smart traffic lights and implement smarter delivery services powered by artificial intelligence.

The excitement, however, was put on hold when China came down hard on its large corporations with new antitrust measures. Didi was probed for antitrust violations including unfair pricing and other anticompetitive behavior.

While this sucked the wind out of Didi stock demand, there's still merit to the notion that these moves by the China are mere slaps on the wrist meant to keep companies in check.

Plus, Didi is doing everything it can to save face with the Chinese Communist Party (CCP). For example, the company has advertised measures to promote drivers with badges identifying themselves as CCP members.

Here's how we look at this: The Didi IPO saw much hype going in. It saw the inverse of that as the company faced turbulence.

Now, over the next few months, we could see the real value of Didi emerge - which is great long term, given the potential of the EV market and Didi's enormous China market.

The motto here is to know what you're getting into. Investors in Alibaba Group Holding Ltd. (NYSE: BABA) have more than doubled their money since the company appeared on the American exchange.

That said, heavy regulation and tension between China and the United States could get in the way of those profits.

Because of all the political drama involved, Money Morning's Shah Gilani suggests avoiding Chinese stocks unless they're in a mutual fund.

So, do a little risk analysis. If you can stomach losing your investment to the whims of world governments, there's at least as much upside as downside.

This New Stock Has a Brilliant Business Model

Duolingo is changing how people learn languages, in the most expedient and cost-effective way possible.

The company provides and app with a host of language-learning tools. The app works like a video game, rewarding participants with badges and gems as they progress.

But what really separates Duolingo from your average language app is its growth model...

The company saves stacks on innovation by enlisting community volunteers instead of hiring salaried educators to design its language courses. Basically, it crowdsources its educational content, and the best ideas get implemented.

That means the company can perfect its teaching at minimal cost and continue to operate its freemium model. This has been great for the Duolingo's product development and top line. Revenue has grown at a tremendous rate, from $1 million in 2016 to $100 million now.

It is not profitable yet. But with a tight growth model and a freemium revenue model with in-app purchases, Duolingo is well on its way.

There's no telling how high the stock price will go - though it might seem a little on the high side at $137.

If you can handle the $134 entry point, you may be glad you did in a few years.

Another one of the top-performing IPOs of 2021 was Doximity Inc. (NYSE: DOCS). We said it was a "rare day-one buy" ahead of the IPO. We were correct, and it's still one of the best new stocks on the market.

That's because this company meets one of the most relevant needs in the modern world right now. The telehealth industry, or remote doctor appointments, has been incredibly important in the age of social distancing and making sure hospitals aren't overwhelmed.

But Doximity is more than a telehealth service. It's a professional network used by 80% of physicians in the United States, sometimes referred to as "LinkedIn for doctors."

This is huge for not only meeting patient needs but also improving communication between doctors and nurses. It helps medical professionals make quicker decisions and take action when necessary.

Besides that, doctors and nurses can use the platform to stay updated on the latest research in their fields.

Doximity is profitable, and those profits are increasing quickly. This is thanks to adoption by some key industry players...

Doximity provides telehealth services to six of the top 10 hospitals in the United States. The top 20 pharmaceutical manufacturers by revenue all subscribe to Doximity.

This company will be around for a while, with all the right financial and fundamental factors going for it. Doximity stock is still a great play on the future of modern medicine.

But if you're only looking to buy one stock today, make it this one...

ATAI Life Sciences NV (NASDAQ: ATAI) won't budge after its IPO. We were hot on this one out the gate, but it seems to have leveled off since the June 18 IPO date.

And you know what? That's OK, because ATAI is still one of the most exciting stocks of the year. And the fact that it hasn't popped means more opportunity for today's investor.

The Peter Thiel-backed company is one of the big names circulating medical psychedelics market. That explains why it hasn't doubled or tripled immediately - but that doesn't mean it won't.

Psychedelics still need to make their way into the mainstream. Their trajectory is very likely to follow that of medical marijuana. Medical cannabis is legal in 36 states, but that wasn't always the case. However, the cannabis products have been normalized in the last couple years, and several marijuana stocks have seen the fruits of that.

ATAI is one of the early movers in the psychedelics industry that could pop as more research emerges in the field and states begin to recognize the benefits.

Altogether, ATAI has 10 development programs and six enabling technologies in progress. The broad portfolio is a solid green flag.

This is a potentially massive market still in the nascent phase. So far, psychedelics have only been made legal in Oregon. If other states follow suit, ATAI could provide a massive windfall for today's investors.

As soon as this tiny EV stock hits the Nasdaq, it could make another historic run upward.

And the biggest returns will go to those investors who get in NOW.

Click here to decide whether you're in or out.